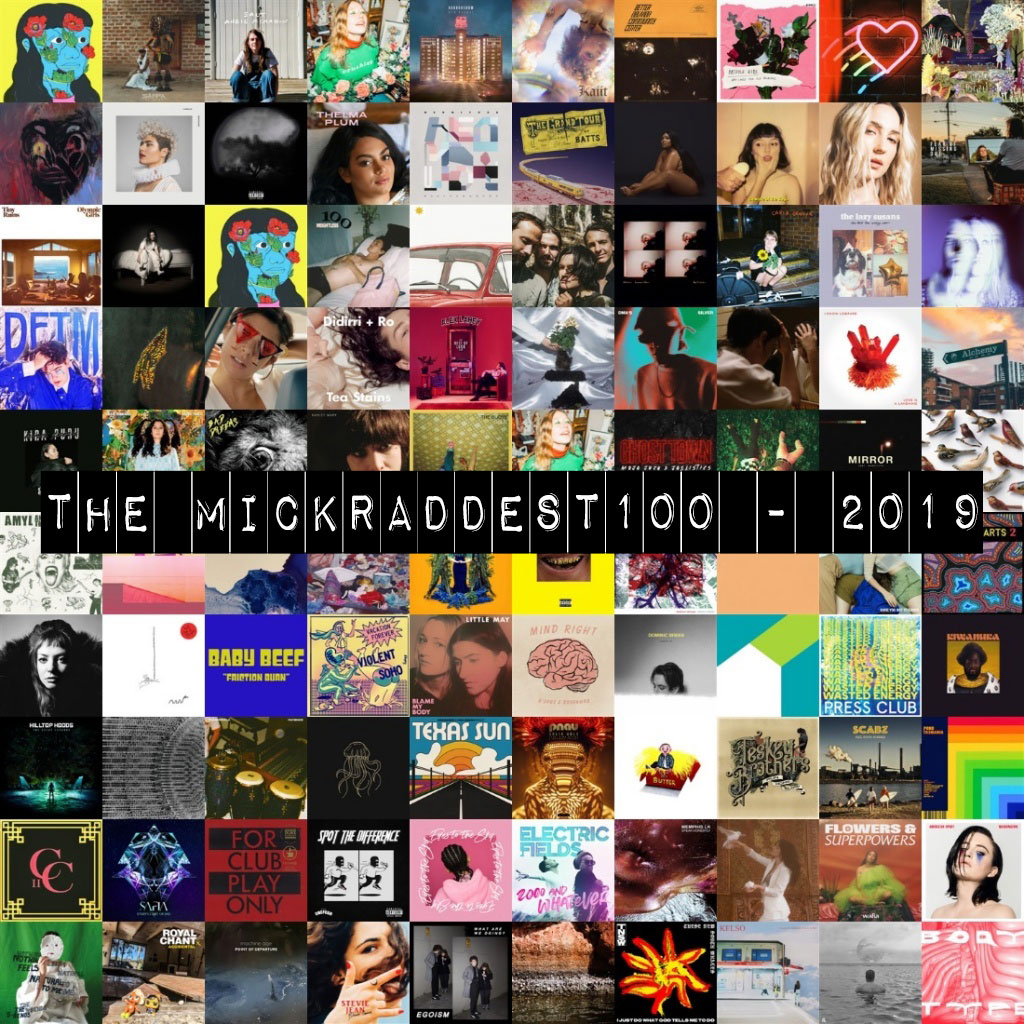 2019 has been a strange year. Not for the fact that it’s gone super fast (every year, quicker than the last!), but the faster things go, the faster this world, our humanity and the environment hurtles towards an unknown future. Whilst it’s enough to stir up anxiety and uncertainty, there is always one thing that will keep us afloat, no matter how rocky the seas may get.

I hit a small wall this year that I struggled to get over. It was one where the very thing that keeps me going all of a sudden felt like the thing keeping me down. It was a feeling that I hadn’t felt before and I had to step back and reassess a few things to get back on track.

For that reason, I am glad the end of the year is here. I feel like 2020 is the start of something fresh and exciting. I am motivated to try new things and put myself out there again after a year where everything just felt like too much.

But the music never stops and whilst it can feel like a burden at times (ask anyone in the music biz), it is also the one constant that can keep us going. And it’s been good….really good. We’ve seen breakthrough tracks from new and exciting artists. We’ve seen musical genres smashed and rebuilt. We’ve seen the development of Australia music into something we’ve never seen and that one thing that keeps it fresh and interesting? Well all like something different.

That’s where the ‘End of Year Lists’ come in. It’s a chance to look outside our own little bubbles of music and see what other people were digging over the year. I love looking through the ‘Best ofs’ and catching up on those gems that other people thought worthy of making their list.

So, whether you’re into music a lot, or just dabble on the fringes, I hope you find something in my raddest 100 songs of the year that you can take away and enjoy, either now, or down the track. I’ve shown you mine, maybe you can show me yours? Let me know some of your top tracks as well and hopefully, together, we can grow and share our musical landscapes.

Throughout the year, as I listened to music, particularly in the first half of the year when I was doing weekly playlists, I would drag my favourite tracks into a ‘Best Of’ playlist. Over the year, this playlist grew and grew to over 150 songs, so whittling that down to this 100 was a tough assignment!

There are plenty of honourable mentions for songs that didn’t quite make it, but I am really happy with how it’s turned out.

There are three acts this year that featured twice in the list – WAAX, Julia Jacklin and Stevie Jean who counts twice, once solo and again collaborating with Tasman Keith. I probably could have included more songs from my favourite artists, but hey, thought I’d share the love!

Similar to last year, I’ve created some statistics around who was picked..

Australian artists make up 87% of the list. This is up from 81% last year and the number of countries included is way down from the six of 2018 to just four. This really represents the music that I listen to. 9 out of 10 tracks I listen to throughout the year are Australian and I’d have it no other way. There are always going to be those international songs that break through (and one of them made my top ten), but because I really don’t go out of my way to discover international artists, the chances of them permeating my listening habits are pretty small.

The breakdown of artists from around the country was really interesting this year. NSW representation dipped a little from last year’s 51.9% and Victorian artists stayed pretty steady. WA makes an appearance this year with seven artists coming from out west. A. Swayze and the Ghosts flew the flag for Tasmania again and NT gets a point and a half from Stevie Jean from her solo track and collab with Tasman Keith.

This category shows just how dominant female and non-male artists have been over the last decade. Growing from 62% last year, I was chuffed to see that almost 2/3rds of the list was created by either a solo non-male artist or a group containing at least one non-male member.

With this being the second year of publishing my favourite 100 songs, I get to compare artists between to two and there’s a number of artists that featured in both years. Julia Jacklin leads the way with 4 appearances in total over both years, whilst WAAX is the only group with 3.

There are a heap of artists that have backed it up in 2019 as well, but there are too many to name! I am sure a bunch of them will be go the three-peat in 2020 as well.

So, here it is, MickRaddest100, which I have renamed because I can and because it definitely sounds better!

The think the list covers a really wide range of genres and shows off just how diverse my music tastes are. I realise that not everyone will be into every song on this list and of course that’s always going to happen with these sorts of things, but feel free to tell me who you would have included and who I’ve forgotten about!

Songs from Ziggy Ramo, Planet Vegeta, Ocean Grove, Drmngnow, Leanne Tennant, Kirklandd and Jorja Smith all nearly made the list, but I had to cull somewhere!

Links to the Spotify playlists are below.
Choose whether you want to go from 100 to 1 or in reverse!