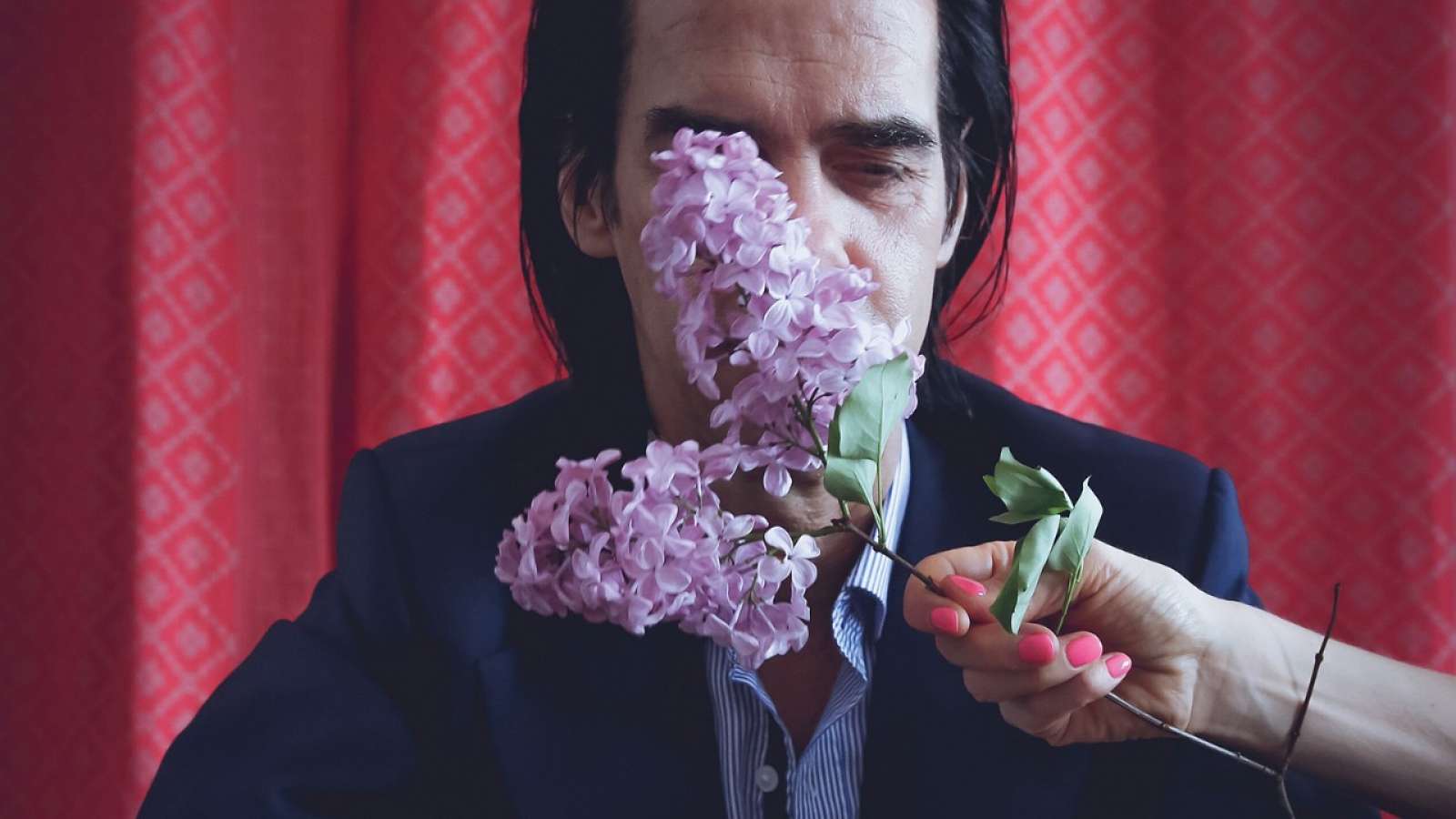 The Right Hand Files has becomes a key part of Nick Cave’s second life. As we will find out during nearly three hours of raw conversation alongside intimate performances, part of Cave died when his son died, almost four years ago. Since that moment, his recognition of the fragility of life inspired an urgency that he had to connect – he had to reach out and create a sense of community around himself and his music.

Wednesday night in the Sydney Opera House Concert Hall proved, that just as the concept is, the second life is a work in progress and connection can be made in many ways.

Arriving to the stage following the quirky spoken word recital of Steve McQueen, the man himself, Nick Cave, sat down at a grand piano with 25 people sitting around candles on stage and a full concert hall watching him – just him. Starting with The Ship Song was poignant, the same song that promoted the very venue he presided in earlier this decade.

Following the opening song, he stood up, greeted us and pointed out ushers brandishing light sticks around the corners of the hall. It was up to us to provide the questions that would dictate the evening. In Cave’s own words, it’s a terrifying principle. He has no control over what’s going to happen, what’s going to be asked and what direction it may go, but it’s all part of this – his new life.

With such an array of fans – young, mostly old, goth, punk-rockers (in their day), a lot of questions started with the requisite “I saw you [back in the day] and it changed my life”. Once we got past these statements and admissions of fandom the questions were actually a good mix of personal and professional and covered several parts of what makes up the mystery of the man.

He spent some time describing his creative process, “I wait for it to come to me. It’s work”, the fact that the music he creates is pure joy to him despite people receiving it as ‘dark’ and waxed lyrical on the old days and what he hopes music, as an art form, can do.

Interspersed between the fluidity of the questions, we heard the gems – the tracks that have defined the musician over four decades.

Mercy Seat, even in solo mode, feels visceral and raw, Far From Me, like many of the tracks tonight, felt quite different to the original, but that’s what made it so special. Hearing the songs that Cave spawned in his brain brought back to just him and a piano. Not that we can ever separate Cave from his band, The Bad Seeds. Many questions throughout the night revealed just how important the process is between him and Warren Ellis, now making music through a improvisational method where there is an almost “psychic connection” between the two of them.

We discover that a new album is almost in the can, making 2019 an exciting waiting game. Some questions had the potential to bristle the singer. One brave punter decided to ask who Cave’s best sexual partner was. Even with a cheeky peek backstage to see if his wife of 20 years, Susie Bick, was watching, he was never going to answer it, thus was his right to do so, and did, to several left-field questions that either he didn’t recall or would rather keep under wraps. This did mean that there were times we would have liked to have heard some anecdotes of his days in Berlin or London, maybe some cheeky tales of his “freaky” fans or his thoughts on world events, but even though he opened himself up considerably just to do this rare event, it doesn’t mean he’s an open book.

Perhaps it’s all part of re-discovering himself on this new path of life and even though the event was an example of putting himself out of his comfort zone, he was never going to completely jump into the light with bells and whistles and peel off layers of his life. He is, after-all, known as the Prince of Darkness.

Ultimately, a large amount of questions during the evening rightfully brought it back to the music. Is it dark? Is it joyful? Where does it come from? Cave, at his most honest, revealed that there is no big secret. He writes music to touch people, to help them, to relate to them and through it, he has connected with more people than he could fit into all the halls in the country.

At one point in the night, after a longish talk break, someone yelled out, “Play something!” Cave took that as a fair comment, replying, “In other words, shut the fuck up!”

So, play he did. Into Her Arms was as raw and intimate as it’s ever sounded. God Is In The House felt just right at place in the hallowed halls of the famous venue and The Skeleton Tree confirmed just how sensitive his last album was.

But it was in the quiet moments, where the sustain of the piano reverberated around the hall, where his sonorous voice penetrated the air and where songs touched us resulting in an outbreak of goose-bumps or a tear in the eye, that we really felt connected.