I mentioned last week that you would think that music should be winding down at this point of the year, but if anything, the new releases that are coming out now and bigger than earlier in the year.

There are some big Australian up and comers in this weeks playlist and it comes off the back of an ARIA Awards last week that really celebrated the broad indie talent in this country.

It was joyous to attend an event where pop, rock, indie, country, dance and folk could all be in the same room and just celebrate how big and beautiful the music scene in Australia is right now. I don’t think I’ve ever seen a music industry that is as supportive of each other as it is right now and hopefully that will continue because we are making stuff that is being noticed all around the world and it’s bloody exciting. 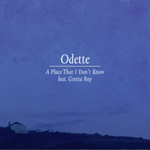 A combination of two of the most exciting talents in the country can be rare, so when it happens, it’s worth getting excited. Both Odette and Gretta Ray have exceptional voices and song-writing talent, so when they combined for A Place That I Don’t Know there was little chance it would go wrong. Both singers weave in and out of each other, creating a tapestry of sound that results in a warmth that you’d expect but still genuinely surprises. As Odette, off the back of her Best Breakthrough Artist nomination at the ARIAs, prepares to tour Europe, she is looking to take the next step in her musical journey after releasing a very personal debut album. Gretta Ray is just on the start of her journey, but here’s hoping their paths cross again because this is something special. 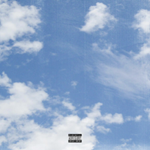 What is it with 21-year-olds and their insane talent (see above)? KWAME, having stepped into the’adult world on the closing day of BIGSOUND this year, has released a new track, CLOUDS., and it is another beauty, trumpeting out the vocal skills of the young Western Sydney rapper. At 2:13, there’s no wasting time in this track. Rapping over a down and dirty beat interspersed with a quirky little whistling hook, it’s a smart little track and just a taster of the sort of hype you can expect on his upcoming headline tour around Australia. 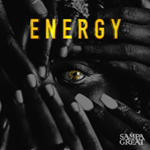 Close your eyes and let yourself be absorbed by the warm intro to the newest track from the absolute Queen of hip-hop in Australia, Sampa the Great. Energy isn’t just the track, but a feeling as it pulls you in to listen close, just as Nadeem Din Gabisi asks of you in the spoken-word interlude. The artist, DJ and poet from the UK provides the balance between a purring bass-line, stark sax and a backing vocal that floats behind the lead vocal from Sampa that demands attention. Another brilliant track and hopefully leading to a new major release in 2019. 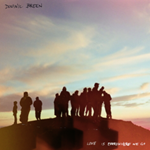 If writing a happy song is harder than writing a sad song, then Dominic Breen really worked hard at his glistening new track, Love Is Everywhere We Go. Topping off a stellar debut year for the Sydney artist, Breen has created a sweet tune, complete with a violin break and heart-yanking lyrics. His voice has a sensitivity that you believe in and a passion that you wish you had. Can’t wait to see what 2019 holds for this fantastic talent. 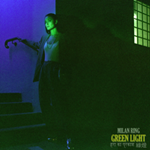 There are some artists, that when you see them live, you just say to yourself (or some random beside you), ‘this person is gonna be HUGE’. This is how I feel every time I see Milan Ring live, which I recommend you do ASAP. She has this voice that evokes the greats of R&B and she layers that on top of instruments (of which she knows many). Green Light combines her ultra talent on guitar with a flicker of percussion, well-placed harmonies and a bass that won’t quit. So, correction, she deserves to be huge, because her hard work and ultra talent will take her there. 2018 has seen her release five stand-alone singles, but I’m almost certain next year will be a massive break-out year. 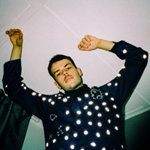 There are some EDM artists that just have a knack of creating a body of sound that is clever and unique. This is no mean feat in an era of bedroom producers and DIY musicians. Golden Vessel has a habit of creating making something a little different and along with mates,  Elkkle and Akurei, MOONSTONE exhibits that skill. With a smart use of syncopation, off-beat accompaniment, and a spacey aura, Golden Vessel proves that he’s a step ahead of the game. A cut of guitar here, a looped chord here and warm vocals combine in the best way. 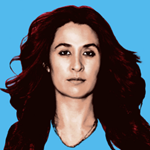 Jess Ribeiro‘s wonderful 2015 album, Kill it Yourself, really highlighted the huge talent of this talented Melburnian singer-songwriter. A few years on and we get a taste of that raw talent taken in a slightly new direction with Love Is The Score Of Nothing. Ribeiro may have created the antithesis of an indie rock love song. Upbeat but sung in her typical laconic fashion it becomes the saddest happy song you’ll ever hear. See her live for the real experience as she hits up the east coast in February. 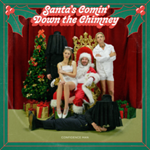 The Australian music scene isn’t known for its Christmas songs. Whilst British and Americans often release their seasonally themed tracks at this time of year, Australia rarely jumps on board. However, Confidence Man have decided – as they do with most things – to buck the trend. Santa’s Comin’ Down The Chimney, with its dank bass line, sleigh bells and evocative vocal make it one of the sexiest Santa songs you’ll ever hear. Infer whatever you like from the title and just lose yourself to the beat in your best Confidence Man fashion. A deliciously sexy tune for your Christmas playlist. 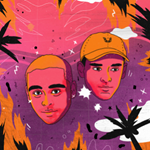 To continue a string of solid huge hip-hop releases lately, Jordan Dennis, out of Melbourne, has dropped My Way, a fire new track that exhibits the killer flow that he’s been getting known for nationally. The front guy from Billy Davis & The Good Lords broke out early this year with a killer debut and back-ends the year to prove that he’s no one hit wonder. Teaming up with producer, UNO Stereo, was a good choice for this one. Crisp, tight and slick as hell. Expecting good things. 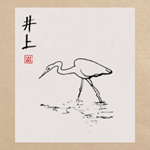 LANKS is one consistently solid musician. Releasing several EPs over the last few years before his debut album earlier this year, he rarely slips up. This is not one of those times. Stronger Than has all the components that make LANKS Australia’s very own Bon Iver. A sensitive looped piano, hushed vocal and a restrained beat keep this right in the groove. Inoue is the quick follow-up EP and you’ll be wanting to check it out if you’re after a trio of laid back summer beats.