I read an article the other day that said music labels used to stack all of their biggest releases into the final quarter of the year to take advantage of Christmas shopping. With the explosion of streaming and online music, it seems that this theory no longer holds true, but I am always intrigued as to how and when music is released.

The process of writing, recording, producing and mastering is not a quick process, particularly if you want to be heavily involved in the incubation of your music. It is this knowledge of the creative process that establishes my appreciation for the amount of work that is involved in exposing art to the public. Yes, you can write, record and upload a song in a matter of hours if you really want to, but will it be the best version of that song you could do? With this in mind, I think it’s important to understand why it takes time to release music. Add to this the factor of making sure your release stands out in a sea of other tracks, and you have a minefield of decisions to make. 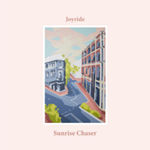 I chatted to inner-west Sydney royalty, Joyride, last year and we were discussing the making of his debut album, Sunrise Chaser. It was commented that the album would be released early in 2018, but of course, we’re here in October with no debut. There’s a tendency to be disappointed when an artist you like isn’t dropping new music regularly, but that’s where I hark back to the importance of the creative process mentioned in the intro and the considerations around making sure it’s the best version of what you can do. Joyride’s debut is close to five years in the making, but this only serves in increasing the appreciation around the songs. 6am not only cements the ability of Rowan Dix to create a slickly produced electronic track with his trademark warm tones and traditional flare, but brings with it a date for the debut. The 9th of November sees the debut dropping. Get your ‘weekend kit’ pre-order here and prepare to appreciate. 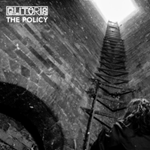 I feel that some bands need to come with a disclaimer. ie. If you want to listen to their music, you need to understand where they’re coming from. Canberra’s Glitoris make sure you know what they’re talking about with their brand new track, The Policy. It’s a powerful lecture in describing what comes with being a female in the modern world. Confidence, resilience, dominance, brilliance. The four-piece from Canberra present the over-whelming expectations of being a woman in this brilliant piece of music set amongst an epic orchestral strum. It comes with the announcement of their debut album of the same name, to be released on the 9th of November alongside a national tour. They are a must-see live act, so get in quick and learn the ‘Glitoris Policy’ 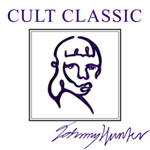 Johnny Hunter isn’t one guy, it’s a combination of five Sydney fellas that are reviving a style not seen in full-swing since the ’80s. The glam-pop-rock of bands like Siouxsie And The Banshees are meshed with the pub-rock ethos of Sonic Youth or the Stone Roses into a being that demands attention. The vocals are raw, visceral, theatrical but very real. Within 7 seconds of Cult Classic, your senses are put on notice. It feels like they’re playing with you a little as the chorus leans more towards a melodic Joy Division feel, but it all just feels right in the end. This, just their third single, will help propel this bands stature in a growing scene of local bands that are exploding on the Sydney live scene. 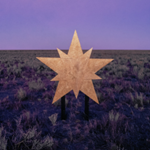 She released one of the albums of 2016 in Don’t Let The Kids Win and the Blue Mountains’ Queen, Julia Jacklin, returns with a brand-new track, Body. Her hauntingly beautiful voice stands front and centre above a persistent bass and sparse beat. Evoking desert highways, a harsh, dusty wind blowing through your hair in an old rusty car going nowhere, this track permeates your body like a warm tea, filling you with a comforting pleasure you didn’t know you needed. I’m so excited to see a solo return from the singer that has been spending more time with her band, Phantastic Ferniture lately (with no complaints!). The song’s lyrics carry a deeper meaning; “Well I guess it’s just my life / And it’s just my body.” which makes this track even more meaningful. Take 5 minutes out of your day, close your eyes and enjoy. 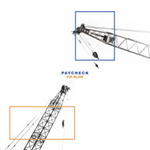 We head to Europe now for a track that came out of the blue for me this week. Pip Blom is the 22-year-old lead singer of this indie-rock group out of Amsterdam and The Shed is a great little introduction to a band that is being picked up across the waters in the UK and obviously now here. With top notch tutelage from having already supported Garbage and The Breeders, the four-piece has a great slacker sound, which I’ve seen compared to our own Courtney Barnett. Take a wander through their 4-track EP and get to know them, I think we could very well see them on our shores before too long. 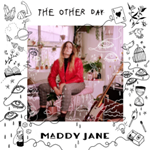 I’ve been a big fan of Maddy Jane for a while and with a very cool EP released earlier in this year, I was surprised to hear something new so soon, but I can tell why. The Other Day is a rollicking new track, up-beat and melodic with personal and honest story-telling. It’s also the biggest her music has sounded, with an impressive band supporting her in James Hunt (guitar), Rosie Fitzgerald (bass – I Know Leopard) and Dan Williams (drums – Art vs Science). Ultimately, this is all about Maddy’s unique voice and the way she pulls you into her world. With a path that has been worn by artists like Alex Lahey, Maddy Jane has a huge future and I feel like this is the start something very exciting. 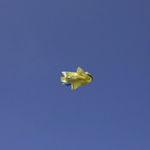 You don’t quite know what to expect with Triple One, but whatever it is, it’s certain to be a party. Sometimes it’s the warm voice of Obi iLL or Lil Dijon, other times, it’s the biting rap of Marty Bukakke Large. Latest track, Showoff, sees the latter smashing his words over bass-heavy downbeat production and creating an inner-city hip-hop sound that sounds way more mature than these blokes. Having said that, they are working damn hard at their craft, playing a shit-load of gigs and gaining fans worldwide really bloody quick. This song will only progress their cause, taking the local hip-hop scene up a notch, proving that you can be a boy-band and a hip-hop group. Enjoy the raucous school-themed video clip as well to get a feeling for what one of their shows is like. 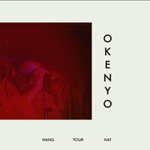 Not content with releasing one of the best EPs of the year, OKENYO is back with brand-new track and we are not worthy. HANG YOUR HAT again shows off Zindzi Okenyo’s searing lyricism and honest observations of life from a feminine person of colour. Co-produced with Lionel Towers, this track feels powerful and urgent, with a definite touch of M.I.A. and a push towards recognition and change. The track has also been picked up to play on NBC’s Good Girls so it’s fair to say that OKENYO is powering ahead. “Tick Tock, you’re done.” 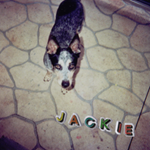 Jackie is not only the name of the latest track from Pottsville/Gold Coast four-piece, Eliza & The Delusionals, but also the name of lead singer and guitarist Eliza Klatt’s dearly departed doggo. The laid-back indie-rock track sings about the feeling of loss that Klatt had following her pups death, a feeling we’ve surely all been through. Hopefully the myriad of puppers in the video clip helped to cheer her up a bit. The song is a sweet like track with the a dreamy guitar sound, not quite as rocked up as tracks from their 2017 EP, The Deeper End. Following a prominent BIGSOUND apperance, the group will be touring their latest single from Brisbane to Adelaide. Woof! 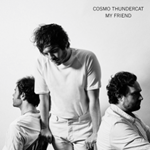 Cosmo Thundercat may sound like the name of a new intergalactic, superhero feline, but it’s actually a rocking trio out of Adelaide that have released a ripper of a new track, My Friend. Not afraid to start a song with some “oohs”, these guys have certainly mastered the art of writing a catchy hook. There’s a touch of Snow Patrol in here and maybe a dabble of Editors. This is a good thing. It’s honest to goodness indie-rock including pure vocals from Anthony Callisto and solid backing from the rhythm section. I think this song may just be their key to breaking out of the confines of their state.