I have seriously not had a harder week to choose songs for the playlist all year, than this week. I had an easy list of 20 late last week and had to somehow whittle it down to these ten. It seems that we are entering one of the busiest and best times of the year for new music.

EPs are the flavour of the month as well, with a bunch of big ones coming out this week or very soon. I have a love/hate relationship with EPs. I understand their purpose; something more substantial than a single, but not as big as an album. They are popular to release and a great way to dip into the release market. Just as long as they never replace the album. (I’m a traditionalist!)

Just a note also, that you can find monthly playlists from the whole year on my Spotify profile. The monthlys include all the songs from the weeklies and any of those ones that I had to cull! (Sorry SAFIA!) 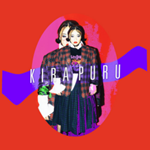 I’ve been waiting for Kira Puru’s EP to drop for ages. After getting tastes of it drip-fed this year, we’ve finally been treated to her whole debut self-titled EP and it’s bloody brilliant. There’s a really funk feel to all five tracks with a bass that just won’t quit, placed front and centre in the mix. Fly is another sublimely constructed pop hit that is easily the grooviest thing I’ve heard this year. She has teamed up with producer Jon Hume on this EP, who is fast becoming a huge name to work with in Australia (Dean Lewis, E^ST, Matt Corby, Bliss n Eso). Super dope and super fly. 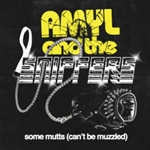 Since I was told that Amyl and the Sniffers are the best band in Australia (Thanks Dale), I’ve been on-board this Sydney garage-punk outfit. Having signed to King Gizzard’s Flightless Records, they’ve stepped it up. Some Mutts (Can’t Be Muzzled) is a ripper of a track that steps up the recording quality and production, thanks to their stable owners, perhaps? It still retains that raw rock voice of Amy Taylor and cheeky lyrics. “You got a new dog, do you remember me?/Is she just as good as me?”. They’re about to embark on a huge OS tour and here’s hoping an album isn’t too far away. 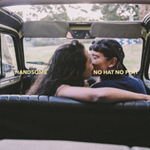 Another cracking EP to be released last Friday was the debut from HANDSOME. No Hat No Play is the debut from the AFKA Caitlin Park’s newest project and TV Set shows off just how wonderful her voice is. A heartfelt soul beat underlies a minimalist rhythmic line along with hand-claps, a tender organ that builds slowly before pulling back and trailing off. It’s a sublime track from an EP that is so carefully constructed and powerful, full of love, straight-shooting and a whole lot of late-night dance thrown in. 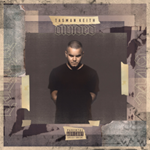 The boy from Bowraville is so close to releasing his debut EP, but first we’ve been treated to an absolutely fire new track from Tasman Keith. Following on from the excellent My Pelopolees (Week 27), Divided again shows off Keith’s powerful lyrical presence, discussing depression, tough times and trying to work it all out over a slow deliberate soulful beat. I was lucky enough to watch him live from inside The Sydney Opera House last week and it was exciting to hear some of the tracks to come from the debut EP. Throw in production from legends, Nooky and James Mangohig (Sietta), there’s plenty to look forward to on Mission Famous, his debut, coming out on the 26th of October. 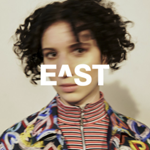 Also being released on the 26th of October is Life Ain’t Always Roses the new EP from the artist with the most unique name in Australia, E^ST. Alien is the latest track from this talented young artist and it’s got a awesome little melodic chorus line with just a hint of X-Files theme in it. Mel Bester’s voice offers such a relief over this slowed-up beat while the lyrics are built around feeling like on outsider in the world. The EP is going to be a real coming-of-age release and after a huge support tour with Amy Shark, she’s sure to have a huge following keen to tune in. 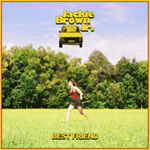 We’ve all made the mistake of listening to a song and it’s light-hearted groove and presuming it’s a happy song (Mine is Semi-Charmed Life by Third Eye Blind. It’s actually about meth addiction!) . Certainly, the first time you hear Best Friend from Jackie Brown Jr. you’d presume it’s a positive, up-beat ditty about your best mate. You’d be mistaken in this case. Whilst it is a groovy tune with a neat little twist nestled in the middle of the 3:20 track, the lyrics actually point to a decidedly macabre meaning about the hypothetical death of your best friend. Regardless, this is a perfect example of the musical talents of this five-piece group from the inner-west of Sydney that are as infectious as any group going around. And yes, there’s an EP coming in late October! 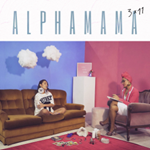 Is there ageism in the music industry? There’s a distinct feeling that if you haven’t made it by the time you’re 30, you’ve missed the musical bus, as it were. ALPHAMAMA has taken aim at this bullshit phenomena in her brand new track, 3×11. It’s great to hear the Sydney artist releasing new solo music, although she teamed up with Sarah Connor earlier this year and I caught her amazing voice as a supporting vocalist for Nardean at BIGSOUND earlier this month. The track, written when she was 33, combines a heart of R&B along with a fire rap in the middle from an artist that is as talented as she is diverse. This is the first taste of a brand new EP to be released in November, called Oil and Water. 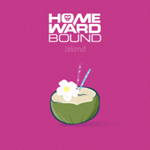 I first heard the amazing voice of Jimblah back in 2013 when he released the awesome album, Phoenix. Since then, he’s been pretty quiet, but obviously he’s been cooking something new up. And here it is! A brand new project, combining with Goji (aka Georgia B. Check her out on Citizen Kay’s track, These Kicks) has risen from the ashes of the Phoenix and it’s called Homeward Bound. In their first ever track, Island, we get to experience the mixture of the warm voice of Goji, along with Jimblah’s talented rapping singing about the way isolation can feel when you refuse to let people in. Perhaps in a weird juxtaposition, there’s also a bloody funny video clip taking the piss out of ‘Bachelor’-type reality shows. There’s apparently an album already wrapped, so I’m keen to hear more! 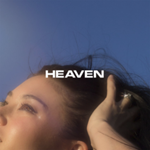 One of the buzziest bands at BIGSOUND earlier this month was the pop-tinged rock music of San Mei. She was one of the artists that I missed seeing and I pretty annoyed at myself, but having heard this brand new release, Heaven, I am sure we’re going to be hearing a lot more from this uber-talented Gold Coast artist. This pop-rock track sways between glistening vocal verses to a guitar-charged chorus that drives this track to places I didn’t expect. I love the pace of this track and the voice of San Mei soars above the rhythms. This is the title track from an EP, that is due out on the 2nd of November. 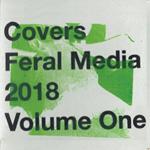 I don’t often (if ever?) feature cover tracks in this playlist, but as soon I heard this one, I had to include it, just you can experience what I did. Björk’s Unravel is re-invented by Sebastian Field in this beautiful rendition of the 1997 hit from her Homogenic album. It features on a covers compilation from the Feral Media label of which Sebastian and his Canberra group, Cracked Actor, are a part of. If you have not heard Field’s voice, or his group, I suggest you click, click, click, because he is something special and this cover pays homage to the beautiful original. I know that Cracked Actor have been quiet of late, but I’m definitely keeping my ear to the ground for any new solo tracks to come.