And we return to usual programming this week after an absolutely huge week at BIGSOUND. I am still dissecting the week that was and will be posting about it real soon with my highlights and exciting new acts.

It seems that last week was a quiet week for releases, perhaps due to the fact that so many of the industry were away from their desks for most of the week. This means, that’s there’s a couple of tracks from the week before in this week’s list, but damn, I’m glad I went back and checked, cause there’s a couple of beauties! 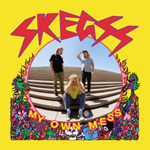 I’m an unabashed fan of the Byron Bay boys, Skegss. They know how to write a song, they’re more than just a straight-ahead garage-surf-punk bad. There’s some real thought that goes into their songs and their simple, but effective lyrics prove that. It’s exciting to see their debut album is out in the world. My Own Mess is a 15-track exploration of everyday life from the eyes from young good-times loving Aussie boys. Picking a new track to feature was tricky though, but I settled on Midnight Eyes cause it’s got a good groove and I can totes relate. It’s just an everyday song about trying to get to sleep at midnight hey, but it’s cool.

Banoffee, AKA Martha Brown, has been a little quiet of late, since releasing the Do I Make You Nervous? EP in 2015. The Melbourne-born artist, now living in Los Angeles, has relaunched with Muscle Memory, a smooth, but fairly dark and sultry electronica song with eclectic production on the track. Never afraid to take your mind somewhere new, Brown has said that the song related to a recent breakup and is meant to be about “that feeling of when u touch someone and suddenly remember every point of contact you’ve ever had with that person.” The accompanying film clip will put you into a strange head-space, but it’s one that I don’t mind being in. 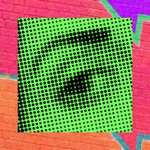 Moving into another realm now with a new track from Sparrows. Over & Out is a bouncy little pop number with a tinge of tribal-beat sitting below the voice of Jessica Nitties. I love the retro-vibe to this, the little ‘na, na, naaa’ bits and percussive hand claps and bassy production. It’s just an overall banger of a song and easily the best track she’s released in her short career. This is one hot track as we enter the warmer months and whets the appetite for more from this multi-instrumental talent. 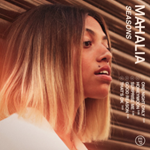 Heading to the UK now and it’s the ultra-cool lead title single, Surprise Me, a new brand EP (Out 21/9) from up and coming soul singer, Mahalia. Right from the opening vocal line, you get pulled into the deliciously smooth voice of the 19 year old. This laid-back track is actually about a long-distance relationship break-up, but after three and a half minutes, you will come to appreciate this artist’s talents at creating an R&B artist that sounds like it could be from a veteran. You get the feeling this artist is going to go huge and hope she makes it to Australia sometime soon (Umm..hello Bluesfest?) 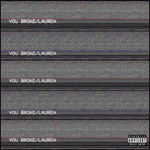 The first time I heard You Broke, from Lauren, I had to check it they’re some big new artist from the US. When I saw that the song has only 5,000 plays on Spotify, I was bloody stunned. This young new rapper from Western-Sydney has a sound that is very now. A down-beat hip-hop vibe and a lyric that seems to roll effortlessly over sparse production. I seriously listened to this track four times in a row and am so hooked. It’s exciting to find out that this is just her third single and having worked with Kwame, there’s exciting things on the Western horizon. 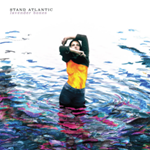 Time to get your pop-punk pants on and jump around like a fool to Stand Atlantic. Lavendar Bones is hooky right from the opening riffs, but there’s some really nice moments in this track, including the bloody guitar solo after the first chorus. Singer, Bonnie Fraser, has some great range in her voice and it soars over some really damn rocking guitars and drums. It’s an exciting song from a group that caught the eye of huge punk label ‘Hopeless Records’, who boast alumni like ‘All Time Low’ and ‘New Found Glory’, along with the hottest Oz pop-punk groups. Their debut album, Skinny Dipping, is due on the 26th of October. 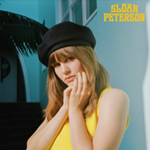 We were introduced to Sloan Peterson last year, with the release of an ultra-cool debut EP and she returns with a track that takes cool to a new level. Inspired by motion and colour, this Sydney artist creates soundscapes that make you want to close your eyes, move your body and imagine you’re living in another time. Our Love tells the story of someone that dreams their boyfriend is the devil and gets freaked out so much, they have to leave. It comes with an amazing retro film clip which is apparently just the opening half of the story. There’s an awesome bass groove, wonky guitar and the sultry voice of Sloan on top. This track signals the start of an exciting next chapter. 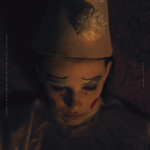 Labelled as coming from both Sweden and Australia, this duo have released something that sounds like neither place. Golden Child is the second single from Say Lou Lou’s second album, Immortelle, due out in a couple of weeks. Comprised of twin sisters Miranda and Elektra Kilbey, this track is in-fact about their younger siblings and signals a change in direction and ambition for the pair. They actually travelled to LA to record this album and there’s a fresh exciting sound to it, along with the fact that they have chosen this new path themselves. The synthy hook and syncopated drums are sweetly co-ordinated and the track drives strongly, even through a slightly long 4:42 running length. 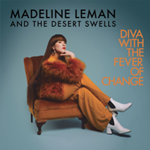 It’s not often I’ll include a five minute slam poetry song in my playlist, but damn, I heard this and thought it was exciting, new and damn powerful. Dubbed as a retro ‘Femmericana’ band from Melbourne Australia, Madeline Leman and The Desert Swells have delivered this epic song, Diva With The Fever Of Change. Her band,The Desert Swells (Leah Senior, Fabian Hunter and Alexander Bleakley), provides a strong bass-line, dancing flute, a jarring guitar line and consistent beat, whilst Leman delivers a searing poem over the top. Lines like – “Try swimming in my uterus in my monthly pit of hell”. Yeah, this is visceral and raw and I fucking dig it. 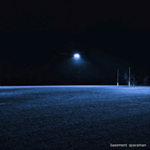 Based in North-West Melbourne’s suburb of Eltham, Basement Spaceman, are not new to the scene, but they’re re-discovered themselves with a new album, For Those Afraid Of The Rising Sun. Not The Only One is the first single from the album and it’s dreamy layered track of pulsing buss and drums alongside the understated vocal from Andy Brown. Brown is the singer and songwriter and I reckon there’s a love of space in this guy. Most of the tracks on the album would feel right at home as you strolled through the night gazing at the stars. Really nice song and something worth losing yourself in.