On the eve of the biggest week in the Australian music industry calendar that is known as BIGSOUND (or let’s see how many bands you can see in as little sleep as possible), it’s exciting to see a huge amount of massive new releases being dropped. In previous years, I have tried to go through all of the BIGSOUND artists on my blog and failed miserably, so third time lucky, I have not even attempted it. Luckily, I’ve covered a huge amount of them on this weekly playlist throughout the year, so if you’ve been playing along, you’ll have a huge head-start.

This weeks playlists includes half that are actually in the line-up, timing their releases in preparation for the week ahead. Look out for a bunch more this Friday too, I bet! 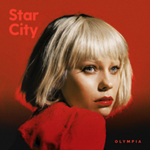 Coincidentally, it was at BIGSOUND two years ago that I first saw Olympia live. She truly blew us away with a couple of amazing shows – her impressive guitar chops only surpassed by her vocal ones. Star City, the first track we’ve heard in some time is a powerful and driving pop song, relentless in providing a platform for her deceivingly powerful voice. With another round at BIGSOUND coming up, this re-birth of Olympia as a pop-force will be exciting to witness. 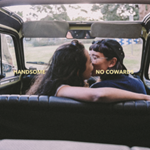 The artist formally known as Caitlin Park surprised us with her reinvention as HANDSOME nearly a year ago. She dropped a brilliant debut and nearly a year on, with a run of shows under her belt and an EP around the corner, we get the third single. No Cowards is a joyous sounding bop of a tune, self-dubbed as ‘tomboy pop’. HANDSOME’s voice is strong and definite in everything she sings, and the re-occuring underlying message of equality and sexual empowerment in her music is inspirational and real. Another must see at BIGSOUND. 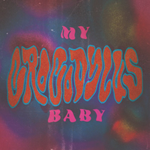 The rag-tag Sydney trio known as Crocodylus aren’t afraid to mix old and new in their music. Whether it be borrowing from ’60s surf music or in the case of new track, My Baby, ’50s crooner ballads. Even with an underlying bass progression that has been done a thousand times before or the sweet oohs that introduce the song, the fresh take on an old theme is worth hearing. Ultimately, this band are just damn fun. This song will make you want to wrap your arm around the nearest person, wave your arms in the air and sway slowly back and forth. Oh, and that hot little chord change is a beauty. 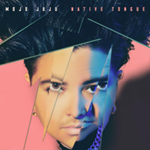 One of the albums of the year has just dropped, so don’t let it slip you by. Mojo Juju, after releasing the title track of her Native Tongue album a month or so ago, has revealed her whole third album, and it’s a package of power, passion and persistence. The music changes up throughout the sixteen track long player and one of the more upbeat tracks is Something Wrong, a song packed full of delicious chord progressions, a little synth and a bouncing bass-line, not to mention the excellent surprise cameo from Mirrah (often seen with L-Fresh the LION). Whilst there are a slew of important tracks on this album, this is a perfect way to ease yourself into Mojo’s best album yet. 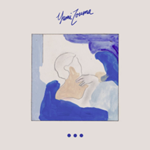 You know I aim to find new artists that you may not have heard of and certainly Yumi Zouma, the ex-New Zealander dream-pop group are not new, but maybe they are to you. Make sure you go back and listen to their catalogue (go on, do it now). Now that you’ve caught up, jump into their brand new one, In Camera. It’s achingly delicate, smooth and dreamy pop that they always do so well. Taken from their upcoming third EP in a consecutively named series, this is a brilliantly simple but perfect synthy-disco-pop that you need to dance around your ears and give you a smile you didn’t know you needed. 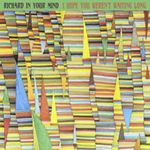 Richard In Your Mind like to mess with your head a little. Whilst the Sydney outfit have been off the grid for a little while, there’s surely a good reason, because they’ve cooked up a brand new track in I Hope You Weren’t Waiting Long and it’s a warpy mind-fuck. It’s a combination of blissful vocals, hypnotic bass and synthy overlays that are ready and waiting to take you on a journey through your the back of your mind. Not only that,  but a new album, Super Love Brain, is just around the corner (out 21 Sept) and there’s certain to be a lot more brain-mush where this came from. Oh, and don’t forget to check out SPOD’s accompanying video clip. Probably best watched with some fresh greens. 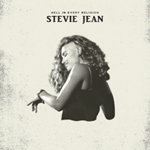 There is a solid pedigree of triple j unearthed high finalists becoming house-hold names and in  2017, when Stevie Jean was named a finalist, she was up against eventual winner, Arno Faraji, Ninajirachi, Taj Ralph and SŸDE – all excellent young artists. At just 18, the Darwinian is already making a big name for herself in her home town and now, with the official release of Hell In Every Religion, it’s time for everyone to take notice. The song borrows from soul influences, a little bit of blues and all supported by a voice that belies her age singing about the toxicity of organised religion. With a family that are supporting her all the way at Perambulator Records and an upcoming tour with Caiti Baker alongside BIGSOUND next week, the future is looking completely pure. 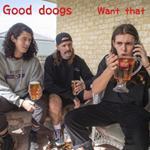 Do you know where Mandurah is? Of course not, but maybe this trio from the Western Australian town outside of Fremantle will put it on the map. With a mix of grunge, an air of surf and a rock base, Good Doogs are doing the simple things right, delivering a quick-fire set of singles in 2018 to establish them on an ever-competitive scene of garage bands plying their trade around the edges of the country. Want That, their third single of the year, is two and a half minutes of guitar-washed delight. Their start as a WAAVES cover band has certainly influenced their direction, but it’s a great place to start. 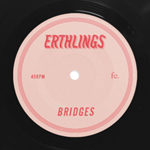 Teenagers huh?. Yeah, they are petulant, they can be flighty and fickle, but when sixteen year olds show focus, dedication and a shitload of talent, you stop and take notice. Erthlings is the combination of four such talented girls that came together in a Sydney school at the age of 8 writing songs the following year and now, at 16, are releasing their debut. And wow, the sound, the lyric, the musical ability, the writing, it’s all there in Bridges. With an opening track like this AND already signed to Future Classic, where do you go from here? It’s smooth, airy and just so damn delightful. Another BIGSOUND act to see before they really move on up. 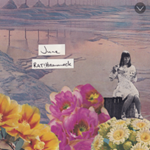 Rounding out the playlist is another BIGSOUND performer and with a band name that looks like a randomised password, RAT!hammock, are already standing out with their lo-fi slacker tracks. June is just a great little tune that doesn’t try too hard, but that’s what makes it so endearing. Clever songwriting, a sense of nuance and earworm of a chorus help make this a song worthy of your time and certainly a viewing in the Valley next week. (oh and their video ain’t bad either!)