The best part about doing this playlist each week is that I get to promote independent artists that deserve recognition and exposure. There’s a lot of labels out there with the pull and money to promote their stable, but it’s the smaller bands and musicians that are so often overlooked and struggle to get noticed by radio, publications and listeners. Not only do I always seek out a diverse and balanced set of songs each week, but I strive to give you some indie gems that you may not have seen. Hit me up about the best places you find new music! 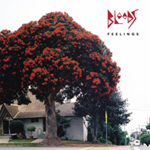 The tough second album can be the make or break for many artists. It’s also significant because it highlights what you, as a musician, have learnt from the first release. In the case of Bloods it’s seem obvious that they’ve learnt a lot and changed their whole feel. Feelings, their second album, is a neat package of fuzzy guitar, dance-able punk-pop with much improved production from their first album, but also, the songs – they’re bloody good. Third track, Talk, is a perfect introduction to the four-piece. The intersection of vocals from Sweetie and MC highlight most of their songs and it’s endearing and addictive to listen to. The other great thing about a good second album is that it proves that you’re doing what you’re meant to be doing. In Bloods case, I hope there’s a lot more to come. 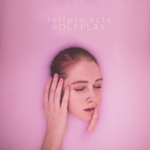 It’s been a long three years since Left. released their debut album, Sirens, but with a little name change to leftprojects and Roleplay, their second new track this year (check out May’s  Electric Powerlines), I get the feeling there’s a lot more to come. The glistening voice of Sarah Corry is as hypnotic as ever on this one, whilst the production, courtesy of one of the busiest and best producers in the biz, Jono Graham, is smooth and ultra sultry. It’s dream, sexy and very cool. Can’t wait to hear the next release from this hot inner-west Sydney duo. 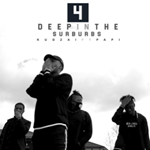 There’s been a lot of talk and a lot of words about the supposed African gang problem in Melbourne and as mainstream media continue to push their racist agendas it’s exciting to hear the African communities fighting back. Zimbabwe born rapper, KUDZAI (Chirunga), has done so in the perfect way, through music. 4 Deep In The Suburbs is a provocative song, including clips from real Australian news footage. Kudzai’s vocal is fresh and the beats are smooth and when good mate Papi chimes in for a rap it really brings it all together.  “My skin happens to make me a criminal and a victim.” The uplifting video clip is a really nice accompaniment as well. It’s an exciting debut for the young Melbourne musician. 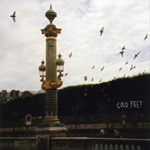 West Australian indie-rockers Spacey Jane, are spreading their wings with their new tune, Cold Feet. It’s a sweet little lo-fi walking-pace track with shoegazey-trebly guitar lines, a rocking little chorus and a clever wandering bridge. With a ‘Strokesy’ sound that you can’t not find charming, if this is a taste of what’s the come from the four-piece, I’m hooked.  Looking to venture out of their home state, they will be hitting up the east coast in September. Give them a listen, it’ll really warm your ears and your soul. 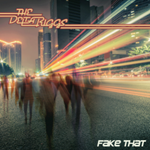 As I mentioned, it’s starting to warm up and this music matches it like Jatz to cheese. The Delta Riggs are back with a tasty morsel of a track to start the run to what will be their fourth album. Fake That is cruisy rock track, perfect for a lazy Sunday arvo in the sun. Singer, Elliot Hammond, has nailed the ‘I almost sound British’ rock voice and the band are tight as always. Inspired by the fakeness of the Internet and the lack of reality that invariably leads to a depressed mental state, it’s a great return from a group that always keep it real. 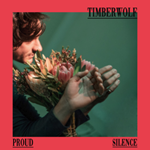 Timberwolf’s voice is something special. I was introduced to it’s warmth when he teamed up with Urthboy for The Arrow, and his 2017 album, Íkaros  was a treat. He has backed it up again with latest track, Proud Silence. Forever exploring textural sounds, Christopher Panousakis has a voice reminiscent of James Blake in this one as his tender vocal lines up with pianist Bree Tranter. It’s a beautifully crafted tune, written, recorded and produced by Panousakis himself and built around the challenge of talking about what’s going on in our head. “The more you talk, the easier it gets”. I’m looking forward to being hypnotised in person when travels around Australia on a run of intimate shows over the last few months of the year. 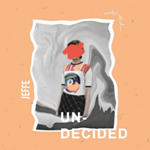 For her second single, JEFFE has created a mature, intricate song with Undecided. With a synthy riff masking her understated vocal, there’s a fragility to this song, a minimalist approach that seems to work really well. I love the addition of random percussion and backing vocal, perhaps inspired by producer Dave Hammer (Thundamentals, Megan Washington) . It all pieces together to create a memorable track. JEFFE is prepping for her appearance at BIGSOUND, where she is sure to be a popular draw-card as one to watch in 2019. 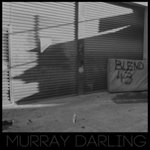 Since featuring Murray Darling‘s track in week 8 of this year, I’ve been seeing BJ Smith’s moniker playing around Sydney as he’s prepared to release a debut EP, Blend 43. Feet On The Ground is slow-mover of a garage punk track with the resplendent Aussie twang as present as ever, oh and it starts with bass, which I LOVE. The 5 tracks on the EP are of a similar ilk – let’s make a new genre – Aussie Drawl. I love the direction and the honesty in these songs, living in a world that Murray Darling has generated, one that avoids complications and aims to tell it like it is. It’s the Aussie way, right? 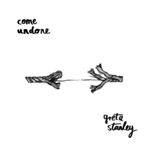 With Come Undone, Greta Stanley has created a tender track with a small twang of a guitar, a little synth and her beautifully unique voice. The Cairns artist has been working hard, already following up her outstanding debut album from last year. She has a talent of writing music that ripples and flows through you, using just the right amount of accompaniment. Look out for her on Woodes’ tour in September and at BIGSOUND. 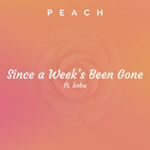 The furry creation that is PEACH, being Craig Kemp from the Melbourne electronic duo, noti., has released his second track in solo mode. It’s resulted in a banger of a tune. Since A Week’s Been Gone is a track that is almost Hermitude-like in it’s production (high praise!) and the inclusion of Koba (aka Kenny Berthelot) on vocals lifts this track to a new level. There are some really nice effects in this song and an impressive build to the final catchy refrain. I’m enjoying following this journey from PEACH and excited for what the future brings!