From the old-school story-telling of Paul Kelly to the fresh outlook with Gretta Ray, this weeks playlist covers multiple generations. It’s also very exciting to see artists making the effort to release albums and not just singles. Whilst vinyl is still selling well, the art of the album won’t die, but we’ve seen that for electronic artists in particular, the route of the single is a lot more common.

I personally hope that artists continue to appreciate the importance of releasing a body of work centred around a theme or at least a time of their careers. Singles are easier to release and promote, but there’s a lack of substance in a sporadic string of singles rather than a complete set of songs. 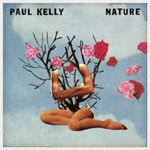 When you speak of albums, Paul Kelly is about hit his 24th. It’s a mammoth effort from the legendary singer-songwriter who took 23 albums to finally score an ARIA number one last year. With The One I Love is a quick little catchy rock song coming it at just under two and a half minutes, definitely not exploring the story-telling that we’ve come to know from the artist. It’s a tasty little bite from his new album, Nature, due for release on the 12th of October. Be sure to check out the video clip, featuring Mojo Juju as well as Vika and Linda Bull. 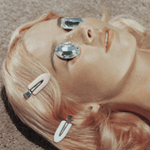 After exploring their own solo projects over the last year (The Venus Project and Fizzy Milk), the Nott siblings, also known as Broods are back with a brand new single and it’s a beauty. Pushing further into the upbeat side of their repertoire, Peach is a delightfully juicy piece of indie-pop showing off Georgia and Caleb’s continuing journey in their already bright career. Showcasing a diverse mix of sounds, including augmented vocals, woozy electronica and clever songwriting, this is a track that tease the palette leading up to the release of the Kiwi pair’s third album next year. 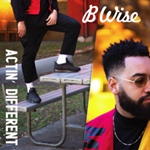 The career of Western Sydney rapper, B Wise is taking a turn. The MC, known for his mostly autobiographical songs around growing up as a boy of African descent in Sydney has been releasing a steady stream of singles over the last year in preparation for his debut album. Actin’ Different sees him taking a step in the Drake direction, utilising smooth trap beats under auto-tuned lyrics. It’s a direction that is sure to see many who love the genre take notice, especially as it differs from a lot of the Aussie hip-hop going round. Produced by Juve and mixed/mastered by DOPAM!NE, give this a spin and recognise the mature use of production and songwriting that increase the expectation for a killer album. 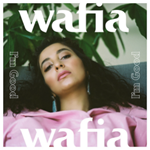 There are not many more exciting new artists in this country than Wafia Al-Rikab. Seriously, she has not released a bad song yet. Starting with 83 Days, Bodies and Only Love from her debut EP VIII, the artist has not taken a step wrong. This is even more astounding after witnessing a flawless set at Splendour in the Grass that established Wafia as not just a talent to watch, but someone that is looking to take the mantle of Australian pop-queen. So we have her new song, I’m Good and it again exhibits that special something that makes her music so good. It’s the combination of pristine vocals over mature songwriting and slick production (with help from Wrabel) that help make her releases stand out in a sea of solid pop releases in Australia this year. Wafia just has a knack for delivering a vocal melody that is somehow unique in a sea of new releases. It’s a knack that can’t be taken lightly. I can’t wait for more. 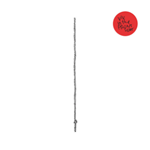 Ceres are one of those bands that have been on my periphery for ages, but has never jumped into my regular listening. I haven’t seen them live yet and I always find it hard to judge a band completely until I’ve seen them in the flesh. Then I heard Viv in the Front Seat and it doesn’t matter, I’m sold. Harking back to another time, this song is well constructed with a dabble of nostalgia, the well-worn path of heartfelt and personal lyrics mixed with honest indie-rock and a tinge of sunshine. I get the feeling this track is going to open a lot more doors for the Melbourne four-piece who have been working hard at their craft for years now. 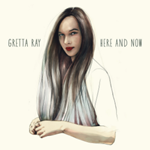 Since winning triple j’s Unearthed High nearly two years ago, Gretta Ray has been a revelation. If triple j didn’t find her, someone else would have. Her ability to write a sensitive and mature song at her age is astounding. With her first EP, Here and Now, she’s compiled a group of seven tracks that traverse a range of emotions. When We’re in Fitzroy, the opening track of the EP is a confident and positive track of love and solidarity. Centred around moving to Fitzroy with a loved one, it’s another track that shows off the skills of this youngster just at the budding of a career that is sure to blossom beautifully. 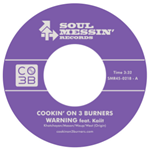 Time to get your groove on with the hot new tune from Cookin’ on 3 Burners. The funky as hell three piece from Melbourne have teamed up with up and coming vocalist, Kaiit (featured just a few weeks ago) for Warning, a stonking new track that exemplifies the genre that is ‘Hammond funk’. It builds, it grows and then it stops out of the blue before cutting back in to the groove for the last minute, bringing home one of the flyest tracks you’ll hear this year. I love Kaiit’s soulful take on this – she makes it her own and rounds out the track with style. Hott, with an extra t. 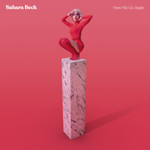 I first discovered Sahara Beck a couple of years ago when she performed at Bluesfest, just as she was starting to build a solid initial repertoire. She has a certain swagger on stage that really showcased the confidence she has in her music, and for good reason. Now, with the support of super producer Tony Buchen, the man that unleashed Montaigne’s voice on the world, Sahara returns with a Here We Go Again – a new track and a new style. It’s a style of indie-pop that gives the vocalist a chance to showcase not only the strength of her vocal, but the range as well. I’m loving hearing this new track and look forward to more new music to come this year. 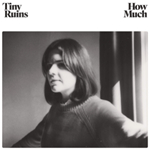 Tiny Ruins, already well-known in their home country of New Zealand – who have produced a bevvy of astounding music over the last decade, are looking to establish themselves in Australia, signing with Courtney Barnett and Jen Cloher’s Milk Records! and launching themselves into this new tune, How Much. It’s a spaciously produced song, giving singer, Hollie Fullbrook, a chance to dance around a dancing bass line, glistening and sparse guitar with her words. “Tongue in tightropes, tummy a flutter/It’s not my passion, just my bread and butter/Say you’ll find your way, follow your heart/Think you don’t have a chance at it”. Insightful lyrics and a beautiful track that flows into a fantastic bass outro from Cass Basil. 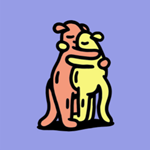 Speaking of bass, I’ve found another song that starts with my favourite instrument and it’s a rocking little number from a group called Life After Football. There’s not a lot of info out there about this group, but we know they’re from Sydney, playing regular gigs around the inner-west and have released a debut EP, Goanna Eggs. This 135 seconds of post-punk goodness, is a great little intro to the band and despite the title of Spewcastle, which seems to indicate that there may be some local novocastrian blood in there, or at least a visit to the industrial city’s haunts. I love the vibe, I love the vocals, I love the damn bass. Keep an eye out for them.