If you’ve not experienced the inside world of the music industry, you may be surprised to know that there’s a lot to think about when timing your releases. Seasons and holidays are just one part of it, but there’s a balance of staggering releases, planning your publicity campaigns around festivals and tour announcements and trying not to clash with other major releases or events. This is why you’ll see more music being released at certain times of the year, based around what a PR company, label or management deem to be the most effective and strategic window.

Having said all that, I have never had an issue finding great new music to include in this list, other than Christmas and, perhaps, Easter. I am not a massive fan of the ‘New Music Friday’ thing, but it has made it a bit easier to dedicate Friday as the day to find new releases. 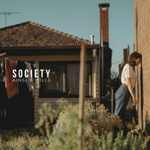 Ainslie Wills brings the everyday into focus in her latest song, Society. In this powerful and relatable stripped back song, Wills blames society for lifes expectations. The car. The house. The pressures of life and learning how to deal. It’s a song driven by a simple guitar strum that lets Wills’ powerful voice tremble over the top. With her second album, All You Have is All You Need, around the corner in 2019, there’s a feeling that she is improving with every release. If you want to share in the frustrations of hanging out clothes, check out the video clip too. Stupid washing. 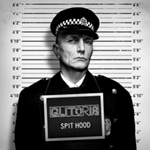 One of the main reasons to attend shows early is to catch support acts that are working their butts off to get noticed. Anyone that came early to a Regurgitator show on the weekend would have seen Glitoris, a four-piece band from Canberra that are really stepping it up. Moving their target from Trump the NT police department, their latest song, Spit Hood is a visceral “fuck you” in relation to the mistreatment of indigenous youth in correctional facilities. It’s (exactly) two minutes of well-directed angry vitriol at a system that is fucked. Watch the video right to the end to understand where they are coming from and get on board the Glitoris bus, because it’s stopping for no-one and it’s going to a hairy ride. 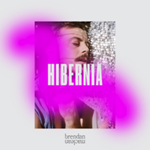 For someone that has been making music for as long as Brendan Maclean, it’s surprising that he hasn’t released an album yet, but makes it all the more exciting to hear the announcement that a debut album is due in 2019. If this, Hibernia – the lead single, is a taste of what’s to come, it’s going to be something special. A bright disco synth beat starts the song (courtesy of the great Donny Benét) and then it swirls and sways into a song that explores an interesting premise. “I imagined hurling a cigarette off the balcony at an after-party and kind of… accidentally burning the Australian music industry to a crisp. Oops!” (taken from Frooty article). Not one to be backwards about being forward, Maclean’s exciting new direction will be well worth witnessing and with an all-star cast on this track (Kira Puru, Ainslie Wills and Jess Cerro), hopefully Maclean will get the recognition he deserves as an artist. 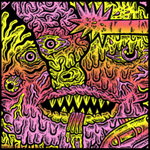 The playlist can’t be done this week without mentioning the brand new album from Regurgitator. Released last Wednesday (Yes! Not a Friday!), HEADROXX is a refreshing and eclectic mix of tunes from one of Australia’s best ever. One of the most exciting moments on the album is this. Peter Kostic, the drummer for the group since 1999, has never written, let alone sung on a Regurgitator song, until now. Weird Kind of Hard, written in a tour bus on the spur of the moment, is a delight. Starting with a strange sort of bossa-nova casiotone beat, Kostic proceeds to sing, in a distinctly off-key falsetto about life as a dad. It’s perfectly weird and it’s perfectly Gurge. Also, getting to see him perform it live on stage at their Metro Theatre show last week, is something I’ll never forget. Oh, and I have to mention the ridiculous scat solo interspersed by laughter at the end. It’s amazing. 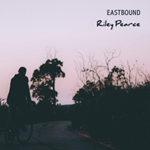 Riley Pearce. You may not know the name, so go and look him up and hit play on any of his tracks. This is especially recommended if you’re feeling a bit angry, anxious or stressed, because this guy’s voice is something special. The Perth based singer/songwriter who has been landing some pretty plumb gigs overseas has just released Eastbound, a heartfelt five-track EP. On the title track, his warm voice, personal, seeming biographical, songwriting and air-filled tone are perfect to get lost in. His videos too, are worth checking out. Well-travelled, well-spoken and..well..just well done. 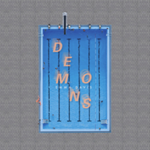 This one from Emma Davis is an excellent accompaniment to the previous track. Perhaps a little sadder, but no less beautiful. Too Long is the second track from Emma Davis’ second album, DEMONS. The artist that was born in London moved to Sydney and dived into the inner-west music scene. It’s taken a while for Emma to reach her second album, but that’s ok when it’s this good. With the help of well-renowned producer and musician Greg Walker (aka Machine Translations), Emma has defeated writers block to pen a gorgeous album. This song is delicate and raw, but strong to lift Emma Davis higher than she’s ever been. 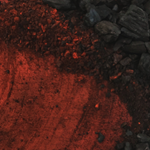 One of the best gigs I’ve been to this year was witnessing Moses Sumney‘s bristling performance at the Sydney Opera House. During the show he performed this song, Rank & File, dividing the audience up into parts for a sing-a-long with a voice that we could never match. The track, sprinkled with samples and recordings from the military field, intersperse political lyrics about sending people off to war. Sumney’s voices is a force of nature – nailing piercing falsettos with ease, lyrically dancing around dark beats in a juxtaposition of sound. This track is the last on a newly released EP, Black in Deep Red, 2014, named after a 1957 Mark Rothko painting. Powerful in a beautiful way. 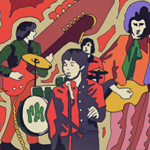 Let’s go back to the ’50s. Life was simpler (or so I’ve been told), rock n’ roll was emerging and people went out to dance to live music. Things have changed just a bit, but it’s still great when people go out to specifically dance to live music. Having seen Rosa Maria live, I can give you first hand experience that these guys make you dance. This five-piece out of Sydney aren’t just retro for the sake of it, they’re creating fresh sounding old-fashioned music and man, the guitar in their new track, Howlin’, is stonking. A fun new track that is establishing the group as a must see on the live circuit and maybe, just maybe, they’ll bring back more live music dancing. 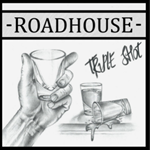 Finally, let your hair down, crack open a bottle of Beam and turn on Roadhouse. This grimy rock quartet are looking to bring back Aussie pub rock with their killer second EP, Triple Shot. The last track of the trio of songs is Long Live Rock N’ Roll. It’s cock rock, it’s fun as hell and comes with obligatory cowbell, monster riffs and a cheesy video clip, spreading rock vibes through Brisbane. As long as there is good music, there’ll be rumbling bass, pounding drums and a three-chord riff to raise the devil horns up for. It’ll never die. 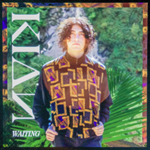 Over at Triple J’s Unearthed, always a great source of new music, they have just selected their Unearthed High finalists. One of them, is someone you may have heard before. At the age of 14, KIAN featured on Baker Boy’s breakout track – Cloud 9, and has toured with him around the country, bouncing around on stage like a pro. The now 16 year old has a track called Waiting that shows off his subtle songwriting and a voice that belies his age. He’s been travelling with his dad making music in indigenous communities since he was young and has been selected to appear at BIGSOUND this year. I get the feeling this is a year he will never forget.