Maybe it’s a mid-winter lull, but I actually struggled to find stuff for the playlist this week. Having said that, there’s a glut of really interesting overseas stuff coming out…and I don’t mean Drake. Having said that, this playlist contains a bunch of songs you’d probably not usually hear on my list. As always, hit me back with feedback!

If you missed my top 52 for the year so far, check out my last post, cause we’re on the downhill slide to the end of the year, folks! What are you looking forward to for the rest of the year? 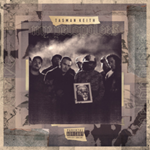 If there’s a standout track this week, it’s the brand new one from Tasman Keith. From the mid north coast of NSW, Gumbaynggirr country (ie. Bowraville), Keith has been stepping up as one of the brightest and talented young indigenous voices in the country for a while now. My Pelopolees is a tribute to his grandfather and ‘Uncle Spits’ who coined the phrase used in the song, to mean ‘all the descendants of a common ancestor’. It’s a hard-arsed jam, produced by a couple of the best guy in the biz, Nooky and James Mangohig (Sietta). The lyrics are raw and honest and shows how much Keith is looking to share his story as well as those closest to him. Powerful, confronting and damn important. 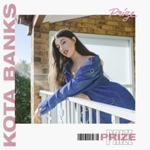 Australia via Italy; that’s the path Kota Banks has taken to delivering a debut mix-tape last week that includes this pop banger, Child. Signed to Nina Las Vegas’ label, NLV, you can hear the talent in her vocal delivery. Label-mate, Swick, offers up the beats on this, the second track on the mixtape, and it’s a match made in heaven. Glistening vocals over a pumping and bright beat. Written on a trip down to Melbourne with Swick, it was intended to be a serious topic about a guy acting up, but now it just makes you want to dance. 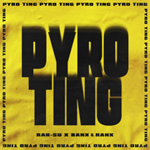 I wouldn’t usually be offering up X-Factor winners on this playlist, but when they sound like this, damn, why not? Rak-Su was the winner of the reality TV show in the UK last year (check out their audition here). They’re a four-piece hip-hop slash R&B act that have teamed up with Canadian producers, Banx & Ranx for absolute boomer of a party track, cheekily named Pyro Ting. I swear that bass, beat and hook are stuck in my head after a few listens. I’ve always been a sucker for a bit geezer rapping. 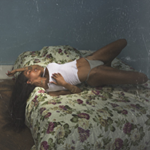 Then we get seriously smooth with Teyana Taylor. Starting with a sped up sample of The Delfonics ‘I Gave To You‘, and produced by the one and only Kanye, Taylor’s honey-dripped voice makes this song what it is, delicious. From her second album, K.T.S.E. (Keep That Same Energy), Gonna Love Me makes me want to sway giddily with the delicate guitar, her soul-filled voice and a certain sensibility that cuts through the bullshit and offers up a clean track, away from any kind of vocal gimmicks or Kanye’s usual production tricks. I’m not usually one to give you an artist that’s already hugely popular, but as I said in the intro, I’m throwing out something different this week. 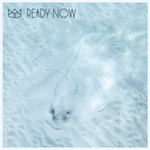 The boys that bring the horns to the party are back. The Cat Empire have been kicking around for almost twenty years now and they’re still as fresh as ever. Ready Now is the first taste of a new project that will see the band release a brand-new track on the first of every month before the whole album is revealed in 2019. It’s an interesting way to release music, but will keep their fans on their toes for the rest of the year. This track is not too far from their usual vibes. Harry belts out the trumpet, Felix delivers his cheeky lyrics and when it hits the chorus you can’t help but sing along. I really dig the bass on this one too. 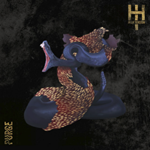 When I first saw High Tension live, I was fucking floored. Lead singer, Karina Utomo, not only has one of the most fearful voices you’ve ever heard, her stage presence is like nothing else. Tearing all over the stage, prowling into the crowd and forever nailing every death growl like she’s possessed. Taken from their excellent brand new third album, Purge, Rise is one solid way to finish off an album that is lyrically linked to the topic of mass killings in Indonesia in the mid ’60s, whereby hundreds of thousands of members of the Communist party were murdered. Musically, this song is 4 1/2 minutes of pure fire. Not only does Utomo deliver in spades with a visceral performance, but you also hear the voice of guitarist and songwriter Mike Deslandes for the first time. 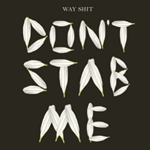 Calling your band, Way Shit, is probably not the best way to get played commercially, but when you play lo-fi garage rock, you probably don’t care. Don’t Stab Me is a biting track commenting on the violence and harassment that non-males encounter on a regular basis. “Get your fucking hands off my friend”, is screamed by lead singer, Shelley Smith. The three-piece, out of Footscray in Melbourne, have pushed out this single following the sad fact of too many women being victims of domestic violence in Australia. All proceeds of sales of the track at Bandcamp will be donated to a women’s health charity, women’s health west (whwest.org.au). Important and unfortunately very relevant right now, but also a bristling indie-folk-punk track. 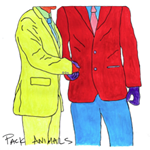 There’s no coincidence that there are many tracks being released today that bring up the harassment of non-males, the calling out of a male culture that needs to change and the #metoo stories of everyday sexism. It’s a hot topic and there’s a growing support for change from all corners of society. Cash Savage and the Last Drinks have chipped in with their experiences of mansplaining after gigs, blatant displays of toxic masculinity and just plain insensitivity in their song, Pack Animals. Savage asks, “Am I being too sensitive?”. It’s great to see songs being used for this sort of message, but Savage has indicated that things are fortunately starting to head in the right direction. 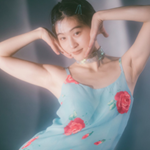 Something a bit from left-field now. I found a Japanese group called WEDNESDAY CAMPANELLA in my travels this week. They are a three-piece group combining EDM, J-Pop and hip-hop. There’s a glitchy beat in this track, Melos, over a jazzy style that I absolutely love and then that sing-song chorus that J-Pop is so well known for. Combined with an extravagant video clip, which sees front-woman, KOUMAI (コムアイ), riding horse-back through the Mongolian outback with hundreds of horses, I just love the eclectic atmosphere of this track. The translation of the lyrics? Well, you make your mind up on what they mean, “Ten times faster than the setting sun, He ran like the black wind, On the last turn of the home stretch, He saw a tall tower in Syracuse”. Yeah, not sure either, but just enjoy! 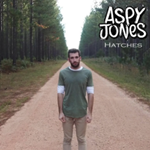 A debut single finishes the playlist today from new artist, Aspy Jones. This 20 year old from Brisbane has released Hatches, a song dedicated to a mate going through a tough time with depression. Jones’ voice rises above an acoustic early in the song, with some nice wordplay and a catchy chorus, before rising up to incorporate some solid backing vocals and a crescendo of guitars. It’s a really nice first release from an artist trying to make a mark in the Aussie independent scene.