20 weeks in and the year of music is really shaping up. On one hand, I think we’re still to see some really big acts release albums (The Presets, Courtney Barnett, A.B. Original), but what we have seen has been really exciting, with a lot of new artists releasing bodies of work that they can be proud of. There’s a couple of albums that, come year’s end, I think will stand out as some of the best releases of the year. 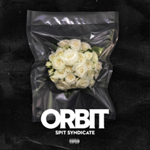 One band that can never be accused of being Late To The Party is Spit Syndicate, but that’s exactly what they’ve called one of their excellent tracks from their new album, Orbit. The Sydney duo have been racking up a lot of great music over the last few years culminating in, what I think, was a fantastic album, One Good Shirt Had Us All Fly, last year, but they’ve backed it up with this new one and hot damn if there aren’t some scorchers on here. The opening track in particular is a dope track. Starting with the voice of Turquoise Prince, a rapper himself that has contributed to the most recent Horrorshow album as well, Wonderland continues to cover the seedy underworld of Sydney along with a smooth beat from Adit himself. It’s a killer opener to the album. 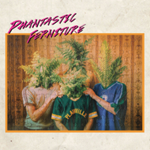 We’ve seen it before. An artist will split from an up and coming band, make it big and then never return to the original group. Recently, we’ve seen Hatchie go it alone from Babaganouj, Stella Donnelly from BOAT SHOW and Julia Jacklin from this group, the fantastic Phantastic Ferniture. The Sydney trio, who have grown somewhat of a cult following in their home town, don’t play a lot of gigs since Jacklin’s huge album of 2016, Don’t Let The Kids Win. She’s done what may seem surprising and gone back to her band. It’s an admirable thing to do and it’s great to see her fronting a group that gives her a chance to spread her vocal wings. This track, Fuckin’ and Rollin’ has actually been around for a good three years or so, but this release coincides with a debut album announcement and mini-tour in August. I expect awesome things from this group, which also features the very awesome Elizabeth Hughes (an excellent singer in her own right) and Ryan K Brennan on drums. 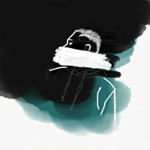 Some artists can plug away for a long time before getting some well-deserved recognition and Jack R. Reilly is one of them. Despite releasing a bunch of solid tracks that have had sporadic rotation on community radio and triple j, Reilly is still relatively unknown outside of the NSW South Coast and inner-west of Sydney. The fact is, he’s an uber-talented and refined song-writer with a delicate sense of nous and emotion. Take a listen to last year’s Newland Street to prove that. Now he returns with an up-beat rocker of a track. Pursuing Balance is probably the most driving rock tune I’ve heard from the artist and it points to a more full-band-sound as he heads on a mini-tour this month. That recognition is surely just around the corner. 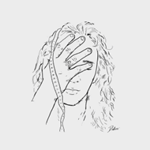 The voice that you’ll never get out of head has released a track called I Can’t Get Last Night Out Of My Head. The crystal-clear vocal of Didirri is back with a new track, a new video and the announcement that his new EP, Measurements, will be out on the 6th of July. A nicely coined ode to waking up and thinking about the night before. Obsessing over the person, over the night, wishing you could do it all again. I’m excited to hear the new EP from this huge talent, oh yeah…and catch him at Splendour! 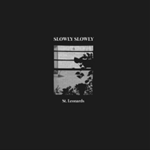 If you’ve not heard of Slowly Slowly yet, get with the program…quickly. Having just released their second album last Friday, I have gone with the title track of the album, St Leonards, to showcase just how much potential there is in this band and what a great song-writing talent their lead singer, Ben Stewart along with mate, Alex Quayle, are. In a bit of cross-promotion, check out my interview with Stewart over at Lunchbox and flick on the album. There are beautiful moments of poignant perfection all over it – from ’90s inspired alt-rock to evenly paced personal storytelling about family, holidays and good friends. Things will happen fast with this group. 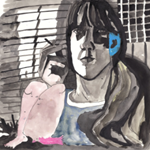 Another new album came out last Friday. It was from Melbourne’s ever-heartbreaking Sarah Mary Chadwick, called Sugar Still Melts In The Rain. With her 4th album now out, I listened to the twelve tracks and to be quite honest, it’s not a happy listen, but I encourage you to give it a go. There’s moments in there that can just make you ugly-cry, but it doesn’t mean it’s not beautiful created music. One of the more up-beat tracks is Bauble on a Chain. It’s the sort of music you can lose yourself in. It becomes almost tangible if you close your eyes and immerse yourself in the airy-all consuming sound…and then cry. 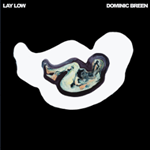 I love it when an artist enters your periphery and slowly, but surely, they position themselves right in front of you over a period of weeks or month. One such artist is Dominic Breen. I’m thankful that through community radio airplay, well-timed promotion and chance meetings I have come to discover more about this talent. Although he’s been creating music for a number of years, the Sydney youngster was close to not creating anything after severe brain trauma from multiple concussions in his younger days. In a huge case of serendipity, life has lead him to creating this beautifully written and performed EP, Lay Low. Playing every instrument on this EP, he has created a piece of work that even a seasoned musician would be proud of. 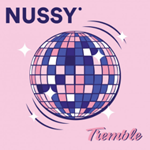 Time to get a little more poppy with Melbourne artist, Nussy. Coming out of Melbourne with a synth-bounce and an angelic voice (despite some unfortunately vocal chord surgery), this track evokes the feeling of being a bit drunk, dancing with abandon on the dance-floor and then locking eyes with someone on the other side of the room, someone that is probably feeling very similar to how you feel. Tremble is a nicely paced boppy little number with some very crisp production. I think it’s the start of a big year for the artist after a tough 2017. 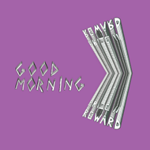 If you’ve read my blogs before, you’ll know a love a good bass-line starting a song. That’s exactly what happens in this new track from Melbourne’s Good Morning. The second track from their debut long-player, Prize/Reward, For a Little While is a hypnotic little jam with some well-placed piano, percussion, sax and vocal. The writing duo of Stefan Blair and Liam Parson have done a great job putting this track and album together over a couple of years. Teaming up with Bedroom Suck Records and Remote Control, there’s a very nice home-made feel to the recording that makes you feel like you can hear every part. 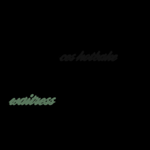 To bring us home today, get ready to hear the beautiful and pure voice of someone you’ve probably never heard. Think of an Amy Winehouse before she hit the drugs or a sombre Etta James. Ces Hotbake‘s voice will floor you. Having stepped away from the band, PILLS, she presents a beautifully sung and written track, waitress. With just a voice and a piano, you will get lost in the delicate and precise delivery. I’m a bit obsessed with this track. You won’t be able to listen just once.