I’ve said it before and I’ll say it till the cows come home. The female music scene in Australia is white-hot and has been for at least the last three years. The amount of exciting, fresh, talented women on the scene has been surpassing males for some time now and I don’t see that stopping any time soon.

Whilst I believe that quotas are important for music festivals, radio-play and gigs in general, I don’t have a quota in what I put in my playlist each week. I choose songs based on what I’m digging, what feels fresh and exciting and after I’ve made the list I look back at it and analyse.

This week, every single song has a female in either the group or as the sole artist. This is not surprising, because, read my second sentence. It is very exciting though and as you can see from this playlist, it’s a diverse and refreshing group. Enjoy! 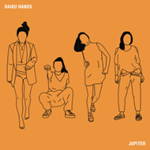 Haiku Hands released their first and only single, Not About You, 11 months ago. (Oh, it has over 1,000,000 plays on Spotify by the way). Since then they have ridden a wave of hype from not only that song, but a dynamic and ultra-fun live show. I’m proud to say I’ve seen them no less than five times in the last 11 months (and again this weekend at GTM!) This track, Jupiter,  is one that has been featured in their live show and it’s a damn banger. Of course, when you have Joelistics, Jayteehazard and El Gusto (Hermitude) assembling the beats, what could be more perfect? Let this quartet of woman get under your skin and never leave. 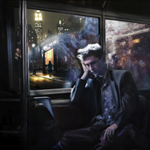 Changing moods a lot, I took a listen to The Paper Kites surprise new album and it’s damn beautiful. While we’re talking about lots of Spotify plays, TPK’s biggest song, Bloom, has over 133 Million plays and launched this band to worldwide notoriety. Their new album and this track, On The Train Ride Home, show they still have the ability to tug at the heart-strings with their lusciously created music. 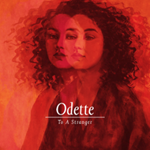 At 2017’s BIGSOUND, I bore witness to the sheer raw talent of Odette. A young lady with the voice to pull off a solo spoken-word, vocal performance that created bumps on the skin and honey for the ears. She has backed up a huge year with this new track, Take It To The Heart. Her debut album, To A Stranger, is due out on the 6th of July. She has linked up with a number of big name producers and collaborators, which proves that there are a bunch of people that really believe in what she can do. You will too after you take a listen to this beaut little ditty. 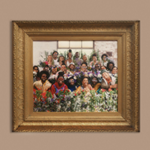 You only have to go back to Week 4 of my playlist from this year to be introduced to thando. Her single, teaming up with REMI was a dope tune and now, they have teamed up again for a new track. My People is reminiscent of old-school hip-hop. Low-key, cool vibed and good-natured. REMI is one cool-arse cat and it’s great to see this direction he is taking with his producer, Sensible J. Keen for more! 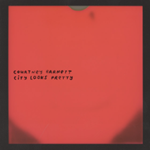 Some musicians can do no wrong by me and one of them is Courtney Barnett. She is exploded a few years back, I keenly anticipate each new track. With a new album on the way (I’m still dirty I didn’t know about her secret gig last week), she has launched another couple of track from it as a special Record Store Day release on the weekend. This one, City Looks Pretty, sticks to the Barnett principle. Find a hook, find a beat and deliver your razor-sharp lyrics over the top. There’s a nice change in this song too. A bridge that slows down, let’s you take it in, just like the city, Courtney is trying to sing about. The new album is called Tell Me How You Really Feel and it’s out on the 18th of May, plus she’s playing a bunch of shows around the country. You can’t go wrong! 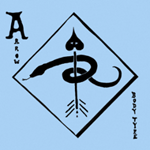 This one is hot off the press! Body Type are back with a new track, Arrow, and it’s a sweet, but rocking, little 3 minute (and 5 second!) track that teases things to come. With just a few songs under their belt, the Sydney four-piece group and building a catalogue of rocked up, garage-guitar sounding tracks that glisten with passion and purpose. This one is apparently a bit of a love song about being stung by Cupid’s arrow and dealing with the pleasure and pain that comes with love. Can’t wait for more from this talented group. 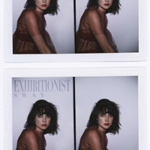 Kirsty Tickle is Exhbitionist and she is has been gaining a reputation for making beautifully airy, spatial music that projects her precise delicate voice and pop sensibilities. Teaming up with her oft-collaborator Jonathan Boulet (Party Dozen) and LUCIANBLOMKAMP, she has delivered Sway, a song, neatly positioned between electronic shoegaze synths before diving into a polished poppy chorus. Her debut EP is just around the corner and she is worth keeping an ear out for! 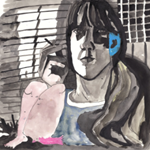 Sarah Mary Chadwick jumped onto my radar a couple of years ago with her album, Roses Always Die. Her achingly desperate voice, always feeling like it’s on the verge of breaking, is unique and beautiful. Her prolific songwriting has produced a plethora of tracks over her solo career, but she comes into 2018 with a new album on the horizon and this heartbreaking little track, Flow Over Me. “…some of us are fakers, only ever be heartbreakers…” Her album Sugar Still Melts in The Rain is out on the 11th of May. Prepare to bawl your eyes out. 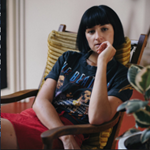 I first saw BATTS live just a few weeks ago, supporting Didirri on his east coast tour. Straight away she pulls your attention. Her hypnotic voice entranced the room, not to mention her cheeky mid-set banter. This new track, Shame, whilst being a little more upbeat than some of her other work is a nicely made package of ‘60s harmonies and ‘90s guitar. I really love the fact that so much of Tanya Batts’ music is based around space, the planets and stars. Take a listen to the lyrics on this track to hear this sweet little line. “It’s funny how we think we’d be better off,
If we took off and started somewhere new/Maybe Saturn, Jupiter or Mars, Where Bowie watches us through the stars.” 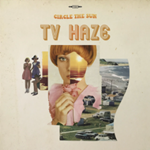 From the same label that gives us Camp Cope and Cable Ties comes a lesser known project, TV Haze. This fuzzy, low-key sonic-punk group have released three album in less than two years, but this one has only just popped on my radar and I love the vibe. In the vein of slacker ‘90s alt-rock like Dinosaur Jr, this track, Never Too Old, gives you an idea of where this group are coming from, oh and listen out for the astute (as always) drumming from Sarah Thompson (Camp Cope).