We’re getting cool, sexy and hot this week on the Rad Mix. As usual, we stay almost exclusively local, which I love to do unless something really stands out from overseas. There’s ultra-smooth vibes in here along with a brand newy from an old fave and a killer grunge-infused track. As always, I look for the best new stuff and deliver it to your Spotify! Subscribe now for an update every Tuesday morning.

Don’t forget to check out the monthly March playlist as well! 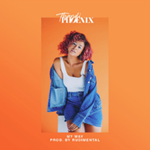 There are so many great female vocalists in this country, but the great thing is that there is something for every style. Treading the poppier side of the scene is Thandi Phoenix, who exploded onto the scene at BIGSOUND last year with some great performances and a presence that is fresh and exciting. My Way is a bit special because UK drum and bass superstars, Rudimental, have provided the production for this banger of a tune. Thandi’s vocal soars over the top of the (slightly hectic) beat, creating something a little bit special. Throw in a writing credit from Bertie Blackman as well and this is an all-star tune. A great way to start a Tuesday and surely the continuation of big things from Thandi! 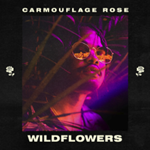 Then we take it down a little with this ultra-cool track from Carmouflage Rose. Out of Brisbane (via Zimbabwe), this MC exploded onto the scene since last year’s Late Nights, with almost 4 million Spotift stream, but this track is bloody sexy and smooth and also deserves to be played on repeat. There’s a touch of Drake in this (with less auto-tune) and the writing/production from fellow Brisbane-ite James Angus sets up a perfect partnership. So damn cool, it’ll make you cool by exposure. Look out for live shows in May. 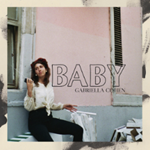 Gabriella Cohen has launched her follow-up album to 2016’s Full Closure and No Details with this lead track of her second album with an equally long name, Pink Is The Colour Of Unconditional Love. Baby is a quirky little pop number (with an equally quirky video) and shows off the unique vocal of Cohen. It’s an interesting track. Seemingly finishing at the 2:40 point before sliding into a coda of sorts, continuing the refrain with a swing beat and horns. Something a little different that fits in nicely with Cohen’s style. This second album seems to be taking a more rustic approach than the first album, but again, that’s not a bad direction to go in this world of shmickly produced pop. Cohen’s second album is due on the 1st of June. 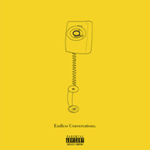 Hip-hop + Western Sydney is a combo that seemingly produces amazing talent. Whether it be the new-school rap-battle style of Kerser, or the old-school ethnically-influenced lyricism of L-Fresh the LION or the fresh face of B-Wise, the area is developing a habit for creating exciting music. The latest addition to this group is Kwame. Hitting the scene hard last year with Friends, this 20 year old follows it up with his second EP, Endless Conversations, and lead song, NO TIME. It’s a new sound that hip-hop in Australia is really craving; jazz-infused minimalist beats, smooth lyrics and a rapping tone that points to one confident young talent. He’s launching his EP at The Metro on the 6th of April. Ambitious maybe, confident definitely. Get on board. 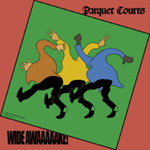 Let’s completely change gear now. Get ready for cowbell, whistles and the funkiest damn bass line of the week from Parquet Courts. Funk from that indie band that usually has gangly guitars and lo-fi production? Yup. Them. Wanting to push themselves out of their comfort zone, they collaborate with Danger Mouse for this new song, Wide Awake, (and the album of the same name) that would be more suitable in a funky jazz club than a dirty rock venue. It’s hard not to bop your head to this track. I mean damn, that bass line alone gets under your skin. Look, there’s not a whole heap of complexity to this track, but it’s cool to hear something so different from a band that has only been around for eight years but is already reinventing themselves. Their sixth album is out on the 18th of May and from all reports, this track might just stick out like a sore thumb, but makes me want more! 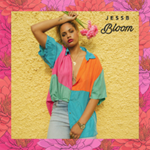 Bad-arse and smooth as hell? Yup. It’s a mad combo and it’s what JessB has loads of. This 24 year old Kiwi hip-hop artist is fire after one listen. A woman of colour with attitude, lyricism and chops for days. It’s great to see her pushing forward in a male dominated NZ rap field. With production from P-Money, her excellent Bloom EP is out now and Set It Off is a great place to start your initiation. “It’s so much more than the music, what I’m trying do. I’m keen to talk about issues that are being faced by people like me at the moment.” Important, relevant and excellent. 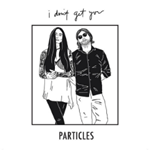 I first heard Particles live and it’s the best way to hear them. Mind you, we’ve all heard Particles before. Their sound is like something that has been frozen since the ‘90s, but has been maturing into something that represents a different time but fits into the modern age. There are just two of them, the charismatic Dan D’Arcy (guitar and vox) and the one and only Skarlett Saramore (She Rex) on drums and vox. I Don’t Get You lives on a mad little guitar riff that drives the song from start to finish but excels on the drumming skills of Saramore. It’s a pumping little song and believe me, there’s a lot more where this came from. Get down and see them somewhere and you’ll be a devoted follower, but start here. 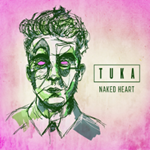 Tuka has always impressed the hell out of me as a solo artist. Not that it should be a surprise. As one part of Blue Mountains troupe, Thundamentals, he has created so many great tracks that it’s obvious he could branch off and deliver outstanding solo tunes as well. Even now as the previous Thundas album is only just over a year old, Tuka has delievered his first solo tune in a couple of years, Naked Heart. As is his style, this is about love and a close relationship and feels personal and passionate. He has said, “It’s probably the most raw and emotive track I’ve ever written.” Jannah Beth joins Tuka on the vocal line and it may be a ‘one-off’ track, but it’s a good’un. 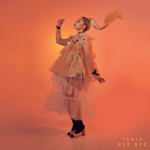 Two New Zealanders in one week? Yup, it’s that kind of week; there’s great music coming out of the ‘shaky isles’. Theia comes across as a strong, confident young woman that stepped onto the scene last year with a powerful EP and has backed it up quick with this song that is, in her words, “… a big finger up at the doubters and the haters.” There’s a writing credit from L-Fresh the LION on this one; what a great role model! Listening back to her songs, she is quickly developing into a powerhouse that will be noticed worldwide. 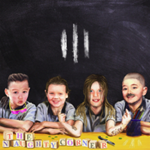 Who are Triple One? Good question. I saw them recommended by some musical people I respect this week and had to check out this track. I’m glad I did. Tarlo is a bouncing little number, with a smooth production and a combination of voices that weave seamlessly together. With an apparent cult live following around the inner-west of Sydney, they’re definitely a group I have to seek out. Their debut EP, The Naughty Corner, is out now and if you like a mixture of soul, rap and electronica, then this will definitely peak your interest. There’s an EP launch at the Botany View on the 6th of April. Pencil that shit in!