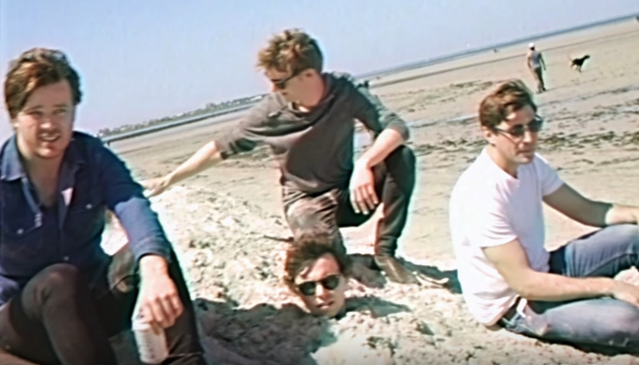 Tunesday Tuesday returns with a new track from APES, the up-and-coming Melbourne four-piece that are about to throw their debut album in our face.

If You Want It is a melodic rock song, with glistening summer air in between the sound. The flying falsetto from singer, Benjamin Dowd, dances deliciously over the layered guitars and creates a dynamic pop-rock song with feels and depth.

Then there’s the video clip. Who needs lots of money for a fancy clip when you can use (excited) dogs, a beach and a footy. I like the vibe of this band, who are building up to a debut album, Stranger Than Strangers due out in February 2017.

Flip this song on loud, roll down the car windows and head to the beach. Don’t forget your pupper.

APES bring their live show to the Brighton-Up bar on Oxford Street this Saturday, the 19th of November. A buck from each ticket goes toward PetRescue Australia.