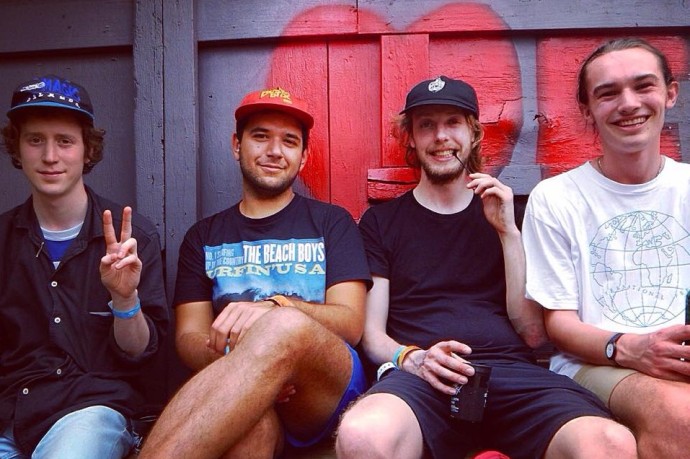 I have been sticking locally with my #TuesdayTunesday tracks lately, but I heard this new song from an up and coming UK act and had to pimp it out.

The English rock scene has always been strong, more recently with Wolf Alice’s pristine rock and Royal Blood’s grungy rock following on from Noughties acts like Arctic Monkeys and Kaiser Chiefs. Now we have Manchester’s Spring King. Maybe a little more post-punk, than rock, but this track is a fuzzy little beauty.

Rectifier is the follow-up track to Who Are You? released a few months back which has been doing the rounds. I think this is a better track, although they are pretty similar. I love the driving bass and drums, the cornerstone of any rad track. Guitars? Pffft. Who needs them 😉

They’ve just signed a deal with Australia’s Dew Process/UMA for this release and they are sure to get a local tour soon. Best to jump on board now I reckon!

Blast this loud and then sit around waiting for their début album.

Oh…and a brand new video has just been released!