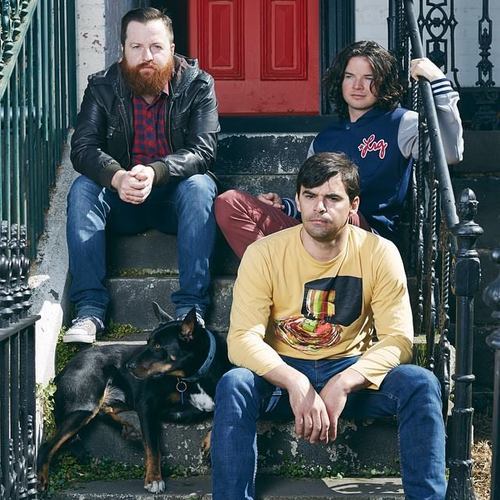 I’m not ashamed. I lived in Canberra for 24 years. It’s not as bad as everyone says. Really. The politicians are hardly even there and we got all of the commercial TV stations eventually.

During my time in the nation’s capital I saw a lot of bands come and go. Usually it seemed that local bands would play the same 3 venues on a monthly basis and eventually the band members would have kids (or leave the country) and move on, only to reform for reunion gigs. Other bands would progress from the Canberra scene and find themselves in Sydney or Melbourne trying to make a fist of it. Sometimes it worked (Alchemist, Henry’s Anger, Aston Shuffle), mostly it didn’t.

Super Best Friends are a band that have done the hard yards, playing the shitty clubs of Canberra and the much less shitty Phoenix Bar for years before finally cracking it with their ‘Ready Aim Fire’ EP and the ‘Stonefest catapult’ comp in 2009. They then started to tour nationally and get some pretty rad supports (Regurgitator, Calling All Cars, Violent Soho, Future of the Left).

Today they are reborn. With a new bassist and drummer (Bye Adam and Matt *sniff*) and finally a début album incoming, they break out into SBF version 3.014 (to be confirmed). Johnny Barrington is joined by Jesse Sewell and Dan Beck and bring forth this, their brand new single and kick arse clip to go with it.

‘The Besties’, like any good post-punk band, have always shined at not taking things too seriously. They throw caution to the wind when playing live and just rock the shit out of it. Their lyrics are usually cutting, full of edge and wit, but almost always accurate as hell.

This track is no different. Perfectly portraying that big night that we’ve all pumped ourselves up for, only for it to turn into a pile of stinking shit where you end up home, drunk and alone. Johnny’s voice is in fine form above the crunching bass and sweet licks.

“There’s aggression in the air and there’s dickheads everywhere”. Yup.

The opening few seconds are possibly NSFW, but then again if you’re watching video clips at work who really cares hey?