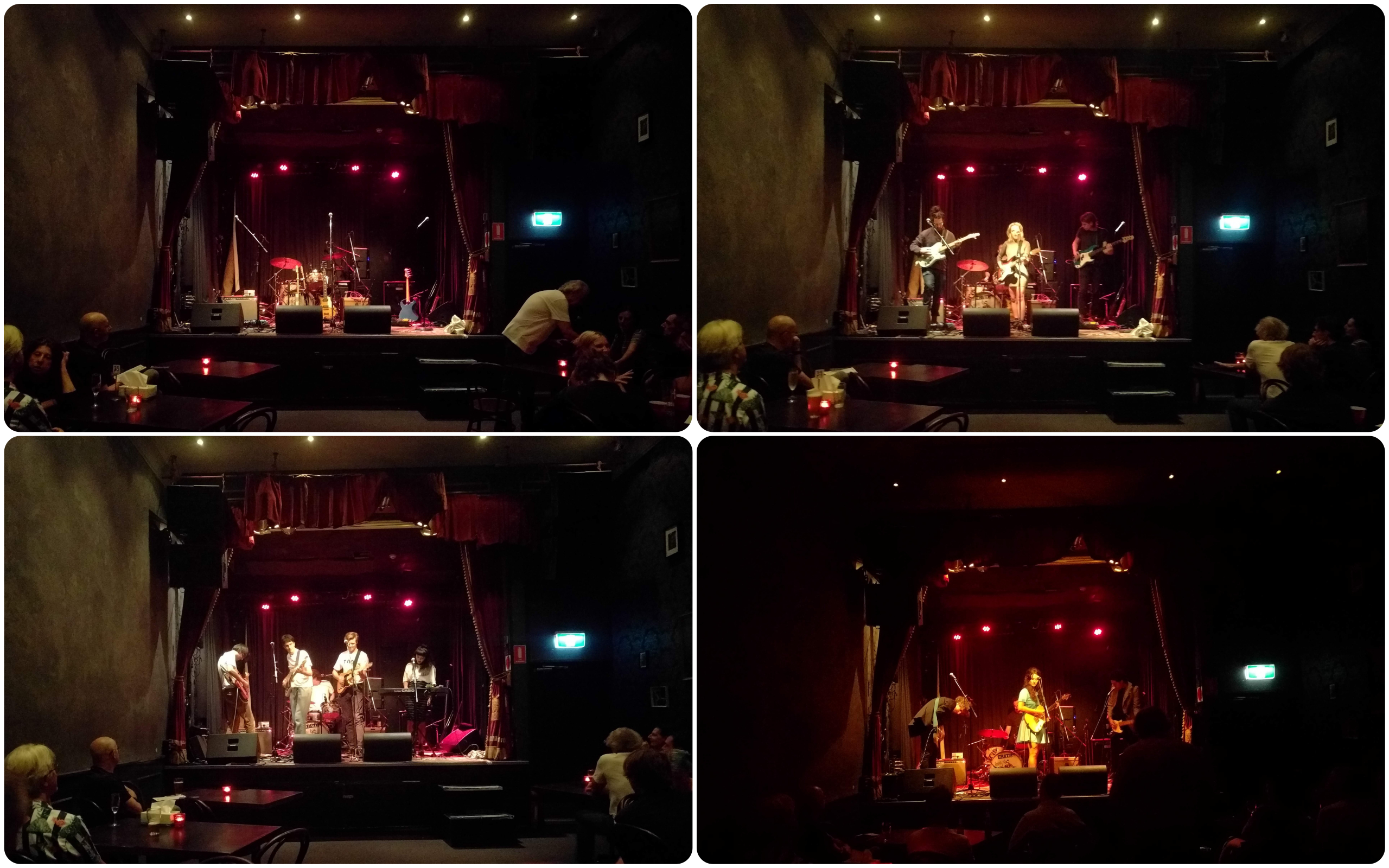 Elizabeth Fader (being Elizabeth Hughes and band) took to the stage of The Vanguard (formally Leadbelly, formally The Vanguard) and had the early audience enthralled. The glistening guitar of Hughes, combined with her ethereal voice filled the old room. Her songs have a calming effect, translating you to a distant plain, maybe devoid of electricity, maybe reliant on natural light. Beautifully serene.

The hugely talented Georgia Mulligan took to the stage for a few songs, the pair combining for what would be a super duo, Mulligan keeping her vocal subdued, to suit the feel.

New song – playfully, yet tentatively named Marrickville Bowlo (“I think it will stick”, she declared) – was a set highlight, but there’s a lot of tracks to come from a teased album recorded in the same NZ studio as the headliner that build expectation for a big year.

Bored Shorts, with their slacker DIY garage vibe, hipster getup and personable humour are starting to create songs that really exhibit their chemistry. Swelling from what was originally a trio to a five piece, including keys and vocals from Ash Bundang and guitar from Nick Griffith, the whole group sing at some point and their stride is starting to be hit.

Despite having their debut EP, Looking Up, under their belt, the group play some new ones. “I’m a bit nervous about this one,” admits drummer, Will Blackburn, even getting up front of the stage for a song. There was no need to be nervous, the tracks feel pretty tight and the dynamic works. Day & Age completed a fun set.

Jess Ribeiro warms a room. If it’s not from her beautifully crafted musings or delicious guitar tone, it’s her resplendent personality. She projects a voice that is direct, but restrained, allowing the reverb to do it’s work around the small venue.

Opener, Hurry Back To Love, throws back to previous album, but her songs all seem to reflect on a distant time in our world. Harking back to the ’50s with some ’90s moxy, Cry Baby is perfectly minimal, but complex. Newer single, Love Is the Score of Nothing, followed a cheeky little story about dating a tennis player. True or not, it’s just part of what makes a Jess Ribeiro show so endearing.

There’s generous love in the room for an artist that makes music her way and has the confidence to deliver. The audience, as well, were respectful, appreciative and giving. With an album due in April, there’s the feeling we’re going to all fall more in love with Jess Ribeiro this year. Hurry back.