There’s only two more weeks of new playlists, but the music doesn’t look like stopping. If anything, this has been one of the harder weeks to pick ten new songs for your ears, but there’s a few in here I just couldn’t go past.

Also, it turns summer this week, and even though if hasn’t really felt like it on the east coast of Australia, the warm weather is coming…really. 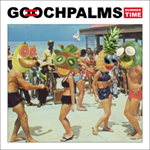 First-up, we’re getting truly summery with The Gooch Palms who aren’t even trying to hide it by calling their latest track Summertime. Coming from their soon to be unveiled third album, the duo from Newy employ fuzzy guitars, shimmering harmonies and the classic summery lyric, “In the summertime, catching waves and feeling fine!” Look, it’s not rocket science, but the French verse? Damn, that’s something new! It’ll be a damn fun tune to play with the windows down this coming season. 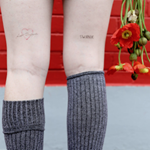 leftprojects have had a huge year with the release of four massive singles that all tell their own story. The latest, Swank, is as smooth and possibly more funk-filled than other release this year, but also goes about saying “that self care and spending time alone is just as important as spending time with friends.” Again, Sarah Corry’s voice dances over the over-kilter beat that Jono Graham has cooked up and it’s just a damn pleasure to listen to. 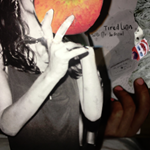 I love grunge, there’s no denying it, so when I hear modern takes on the genre it excites the shit out of me. Tired Lion, who released one of the albums of 2017 in Dumb Days, have had a tumultuous 2018. They lost a founding member in Matt Tanner, which lead to singer, Sophie Hopes, considering a change of career. I don’t think it took too long for Hopes to reconsider, and I hope she never does, because new track, With Or Without is a searingly good track and gives all of us old grunge-heads hope for the new year. 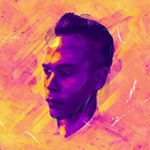 The man that turns whatever he touches into gold, Luke Steele (The Sleepy Jackson, Empire of the Sun, DREAMS, Pnau) has teamed up with powerhouse Australian, M-Phazes (gun producer for Madonna, Amy Shark, Alison Wonderland, Illy to name a few) for new track, When We Were Young. Not to be confused with the Adele, The Killers, London Grammar, Passenger or Sneaky Sound System song of the same name, this tune features that recognisable Steele voice and pops like so many M-Phazes songs do. It’s interesting to hear two hugely influential musicians team up, even if it’s not hugely original. 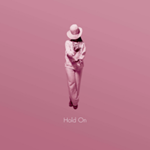 One of the hardest workers I know is the artist known simply as Mirrah. If she’s not jumping around like a firecracker on stage with L-FRESH The Lion or headlining The Soul Of Sydney event, she’s working with children to help inspire and enrich their lives. Her debut solo EP, Life, was a joyous exploration of what life means to the singer and now, as we near part two of her 3-part EP trilogy, Love, we get Hold On. This slow-burner groove track with a base of organ and a smattering of off-beat bass showcases Mirrah’s terrific range, from harmonic vocalist to fierce rapper, and also serves as a lesson in what we should be focusing on in life. Love, relationships and music. What else is there? 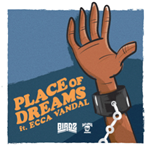 Rapper, Birdz burst onto the scene last year with the bloody great, Train of Thought and now he returns on the tail of 2018 with a collab track with the always awesome Ecca Vandal. Along with the encouraging us to “break through the bullshit” and not let anything limit us is the voice of Ecca Vandal, lending herself to a verse and chorus, showing us a little more of her range in this slow-burner of a track. Birdz will be looking to back up his album in the new year (we’re hoping) and this is a great teaser for what’s to come. 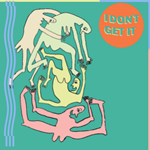 Ali Fintoff has been busy. Not only has she been working on her solo projects (Look up Dream Rimmy and Denise Le Menice) and dabbling with a move to Sydney, she’s managed to drop a new song with her band, the very awesome, BOAT SHOW. I Don’t Get It is a bit more restrained from the group, allowing Ali to shine with her quite personal vocals as the band hold back, only to rock out nicely in the chorus. Explore what it’s like to deal with those aching crushes as BOAT SHOW head around the country for a tour very soon. They’re bloody rad live. 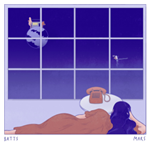 With a love of all things interstellar, spacely and astronomical, BATTS has started to carve out a very nice niche for herself in a world that doesn’t often get explored in Australian music – other worlds. With new track, Mars, Tanya Batt has constructed a beautiful track that dances between the stars, a bass-line that bounces gracefully below a voice that shines bright in the dark. Telling a story of long-distance love between planets, BATTS does so with a delicate certainty and perfect balance. So good. 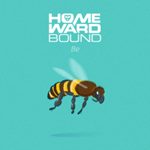 The second offering from Jimblah and Goji, now known as Homeward Bound is quirky, fun and just damn cool. Be features a myriad of sounds, a production that tries to be different and the warm voices of two singers that, as diverse as they may be, just seem to work really well. I love that the pair aren’t afraid to try something new and  I’m looking forward to seeing it live at the Elefant Traks’ 20th birthday celebrations soon. 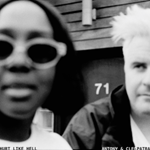 Get dancing with the last track this week from the brand new EP from Antony & Cleopatra. Pump up the bass to Hard Feelings, and get sweaty cause it’s gonna be popping off somewhere near you this Summer. Antony (who you’d remember as Alexander Burnett from Sparkadia) and Cleopatra (English musician Anita Blay) have turned an unlikely partnership into something that not only works, but rises above a lot of dance offerings I’ve heard this year.