We’re 40 weeks into the year. Can you bloody believe it? As we enter the last quarter of 2018, it’s almost time to start thinking about end of year lists, but not yet, I get the feeling there’s plenty more great music yet to come.

I like a surprise release. With social media, it’s very easy for artists to tease new songs and albums, but there’s something very cool about an artist that you love dropping something out of now here. What are your favourite surprise releases? Hit me up on the socials with yours, while you enjoy this eclectic mix of surprising and wonderful new tracks. 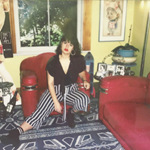 There’s a voice, out of Wellington NZ, that soars above most that I’ve heard in the last few years. It is that of Wallace Gollan. If you ever get the chances to see her live, you must. She has a voice that begs belief. Out of nowhere, it seems, she has released brand new track, Pantome Home and it’s beautiful. Starting with a simple piano line sampled from pianist Colin Hopkins and produced by Danny Barwick, it’s not long before Wallace takes us on a journey through her childhood home. “Mustard for the lounge/Cherry red in deco found”; she recreates the imagery from her home in a mesmerisingly meandering song based around a simple theme. I could listen to that voice for days. 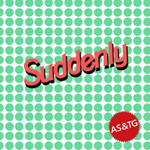 They were one of the big highlights from BIGSOUND this year, but my first experience with A. Swayze & The Ghosts was at the Bad Friday gig at Easter. They played on the smaller stage but absolutely blew the crowd away with their intense, but tight performance. The A stands for Andrew, and his lead singer theatrics are becoming legendary, always keen to climb on something…anything, and to scream his post-punk-esque vocal stylings in front of a band that seriously pump. Suddenly is the start of a new chapter for the group after their self-titled EP of last year and it’s a track that deserves attention. The drive of the drums and bass are the glue that steer this track when you fear that Swayze could go off the rails. I’m hooked. 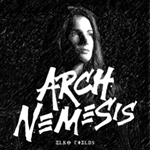 I was introduced to Elko Fields with their fantastic self-titled EP of two years ago and it’s exciting to get a brand new taste from the Brisbane duo. Singer and guitarist, Kella Vee, has brought her serious rock-chops to the front with the searing Arch Nemesis. Combined with the solid drumming and backing vocals of Jhindu-Pedro Lawrie (The Medics), this song plays on some classic old-school rock guitar progressions and distortion giving Vee a platform to belt her vocal over. Think Royal Blood, with a vocalist that sounds a bit like Ecca Vandal. I’m excited for more! 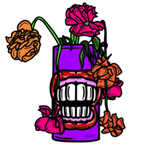 One of the best surprises of last year was the outstanding album from Yeo, Desire Path. So when I saw brand new track, The Comments, appear out of nowhere last week, I was bloody stoked. Starting with a sparse keyboard line, you don’t quite know where the track is going, but then Yeo’s warm voice kicks in and I’m back in that space where amazing music just fills my every crevice. There’s a falsetto chorus, there’s a slow, deep r&b rhythm and there’s proof that Yeo is just a damn genius at songwriting, at whichever genre he chooses. The lyrics hit home; “I’m telling you my country won’t recognise the killing that it’s built on/don’t want the weather with the guilt storm” and with the announcement of an EP in 2019, we just have to deal with the fact that that’s still three months away. 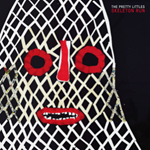 Starting with a bunch of power-chords, The Pretty Littles are not mucking around with their fifth album, Skeleton Run. The opening track from the album is pure Aussie-rock gold, but it’s part of a tightly themed album looking at important issues in Australia’s zeitgeist. With a number of killer and thoughtful rock tracks already released from the album, I’ve chucked in a different one from the Melbourne four-piece. Flags and Stones is based on an excerpt from a book called A Long Weekend In Alice. It’s Aussie as fuck, with spoken word, haunting backing vocals, harmonica and an acoustic guitar and it fits perfectly within a pool of rock. I really love the imagery that this song evokes. Get onto the album and support this group that are making important music 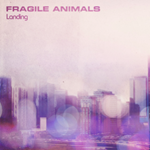 In a moment of serendipity, I met two members of Fragile Animals at BIGSOUND and they were so damn nice to chat to that I dug into their back-catalogue. What I found was some tightly packaged pop-rock from three Sunshine Coast youngsters that definitely caught my attention. Now, just a few weeks later, they’ve released a brand-new track, Landing, and it’s a sweet ear-worm. Lead singer, Victoria, has a voice that slides nicely over the warm rhythms and produces something akin to a shoe-gaze Wolf Alice. It’s a really nice tune to introduce yourselves to this young trio that are just learning which direction is right for them. Check them and the really cute video out. 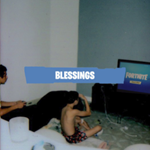 There are stacks of teenagers out there that think they can rap, but a lot are completely mistaken. There are many that are working their way into a scene full of promise and only a few will float to the top. The Kid Laroi is destined to be one of those. After a couple of tracks released on triple j’s Unearthed and a slew of high praise, this third track (and first on Spotify), Blessings, is a track that you would never guess was made my a 14 year-old from Redfern (South Sydney) along with production my Miracle. With almost 35,000 plays in under a week already, there is a huge market for this sort of rap and assuming he matures into a lyricist of presence and passion, the sky’s the limit for this kid. 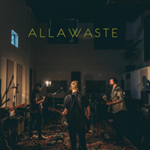 I love getting hit up with new music out of the blue (Just send it here) and when it’s so damn good that you wish you’d known earlier, it’s even better. Ollie Thorpe, from the inner-west Sydney suburb of Drummoyne, knows how to create a song if All a Waste is anything to go by. It’s a journey of a track, wandering through a unique progression of minor chords into a well-produced chorus mesh. Recorded by Simon ‘Berkfinger’ Berckelman (of Philadelphia Grand Jury fame), there’s talent oozing throughout. I love the build to the final 90 seconds, complete with a a solid rocking out moment. With the very recent announcement that he will be a part this years Newtown Festival, it seems that I’m not the only one that will fall for this artists creations. 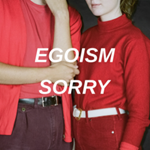 Sticking with another Sydney artist, I was very happy to hear that the new track from EGOISM is a delight. This dream-pop outfit were a surprise winner for me when I was doing a last-minute soundy gig at the Botany View earlier in the year and I’ve been looking forward to a new track since. Sorry doesn’t disappoint. It’s an airy dream-pop track that lifts into a joyous chorus and doesn’t let up for the whole track. It shows off the sublime voice of Scout Eastment beautifully along with the nice counter-harmonies of Olive Rush. I am wondering if they’re sticking to the duo thing cause I do feel like it needs a bit more bass (I’m available! lol!). Meant as an anti-gaslighting song, it has a deeper meaning of being a fuck you to people that don’t apologise, but expect it from you. Cute clip too. 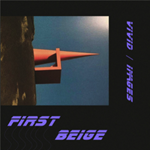 Look, I don’t pretend that it’s easy to come up with band names, but sometimes I think it’s important that a name, in some way, relates to your style of music. The very strange name of First Beige does not reflect the amazingly funky-disco trip you’ll be taken on with their track, Vivid. This six-piece from Brisbane have crafted a flute-infused funk track that lends more than a little from ’70s disco and delivers an infectious groove that is a perfect antidote to a world filled with too much bad news. My only complaint, apart from the bad colour choice in the name is that it’s too damn short!