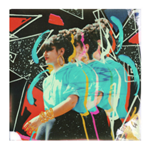 Amidst a dash of synth strings, minor chords and chicken clucks, Wallace’s vocal stands out on her brand new track, Frame by Frame. It’s a jaunty track that explores an interesting world between retro and future-pop. I love the space that Wallace creates with her voice. It’s simply one of the more pristine vocals in the country and a pleasures to hear live. The exploration of jazzy bass lines and interesting percussion beats and almost experimental samples. Very clever stuff and exciting to see new stuff from this extraordinary talent. 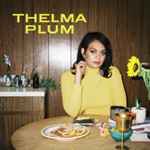 It’s been a long four years, but we finally have some new solo music from Thelma Plum and this is a beauty. Clumsy Love explores the last year of Thelma’s life, which has, unfortunately, been a tough one. This personal, but up-beat, pop-folk track is a great return and shows that she not only wears her heart on her sleeve, but is still as smart in her wordsmithery. 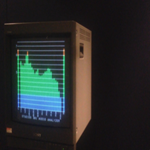 A ferocious bass-line drives the new song from The Maladies through a barrage of horns, drum-fills and piercing vocals that threaten to unravel at any moment. Dig a Hole seems a suitable title for a track that breaks out of any genre you can think of, crossing the lines of rock, punk and no-wave. Lead singer, Daniele Marando keeps the song on track as the band throw out guitar riffs and electro-explosions. For a band that is nearing ten years of existence, it’s an impressive return to the scene. 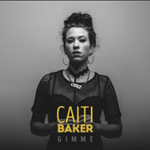 Sometimes a simple guitar strum is all that’s needed to start a song and Caiti Baker (along with producers James Mangohig and Michael Hohnen) have expertly utilised her father’s guitar samples, recorded on a mobile phone, to mould an entire album. Last years Zinc was one of my albums of the year and she returns with the first track from a new batch of songs from the same sessions, called Gimme. This one contains some big bass, more synthy backing and leans back to James and Caiti’s Sietta days. It’s great to hear more new music from Caiti and coming off the back off a Teskey Brothers support, she’s announced a fresh run of solo dates. Check it! 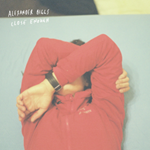 Alexander Biggs, just like this new track, is riding a wave of emotion and inspiration. As he prepares to support Amy Shark on a huge national tour, he’s on the verge of a new 7-track EP, Whatever Helps You Sleep, and this track, Close Enough, is a taste of what to expect. Warm, folky indie with a comfortable edge. There’s a tinge of the summers in here, which would be nice, because surely we’re all sick of this cold winter, right? Lovely tune. 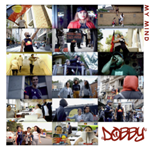 The healing properties of hip-hop are well documented. The education, the enlightenment, the gotdamn entertainment too. DOBBY, aka Rhyan Clapham, has dropped a new track that is everything I’ve mentioned. Before we even get to the lyrical feats in this track, the beat, produced by the man himself is straight fire. Reading the lyrics (kindly re-produced on the very awesome video for this. Go watch it), it’s clear that DOBBY is all about sharing the exploits of his friends. Twelve people feature in the video clip and he sings about their feats, but also their struggles with living as indigenous peoples in this country. This country is continually healing, but we need to do that to move forward. This helps.”through my voice box, and my focus, hopin’ all of ‘em would notice/And I won’t quit till my throat give, till my lungs die, till there’s no spit”. Thanks, DOBBY. Don’t stop. 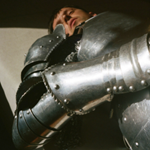 A change of tack into another new track from TEED (Totally Enormous Extinct Dinosaurs is too ridiculously long to type). Orlando Higginbottom came and went in 2012, treating us to a special debut, but now he’s back with this, his second new song, and it’s nice. Don’t You Forget About Me (no, not a cover), is a deep jam. Starting ethereally, the voice of Higginbottom slides into your head as smooth as his production. But then there’s this crescendo of a guitar solo from Dave Okumu in the middle, building to a refrain that solidifies this track as an exciting direction for the beat-maker. Nearly six minutes of journey here. Settle in and slide away. 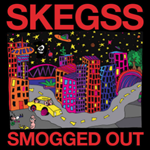 There’s more to Skegss than being a surf-punk band. They write songs that tell stories in a way that < 3 minute songs rarely do. This time, it’s about how much they dislike the city life declaring, “I just wanna go, cause I fucking hate it here” in Smogged Out. The Byron Bay based three-piece have just announced their debut album, My Own Mess, will be released on the 7th of September. They write clever songs, simple, effective but with ear-worming hooks. They also have a knack of writing evocative words that fit in with visuals (check the sights of Sydney in their video). These boys are going places…but also, probably going home. 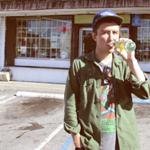 Speaking of home, Fraser A. Gorman sounds like it. If you’re feeling stressed, give his new album, Easy Dazy, a spin and you’ll unwind. In My Own Sunshine, the opening track of his second album, we get to hear the easy-going vibe of Gorman in sprawling, horn-filled, chorus-backed glory. It’s a well-rounded song that puts Gorman’s song-structure skills to the fore. His song rely on a strong sense of nurturing. Whether it be singing about lost love, or past experiences, you feel safe knowing that Fraser is helping you through it. 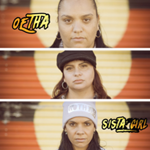 Tidda. It’s the koori word for sister, and it’s one easy way to start learning indigenous language, of which there are many. This new three-pieced indigenous troupe, going by the name of Oetha (meaning, Our Earth The Heart Acknowledges) offer up something fresh to a hip-hop scene that needs more female voices. There’s a definite west-coast-esque swagger to this debut single, Sista Girl. They sing about family, friends and being there for each other, a strong sense of togetherness that the aboriginal people often exemplify.