What’s your favourite genre? Once upon a time I was purely an alt-rock-guy. After growing up with pop and dance in my childhood, the ’90s dawned and I was deep into the grunge rock scene. Eventually that petered out and my eyes re-opened up to everything. This week is a eclectic mix of afro-beat, pop, soul, punk and rock. I try to diversify across the genres as much as possible and it’s not hard when there is so much great music being made right now.

This week is 100% Australian because, bloody hell, the scene is white-hot right now. Get into this little taster of what’s happening around the country and hit me up with your favourite genre of today. 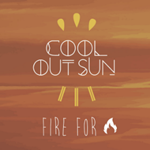 This song is damn fire! I slept on this song when it came out the week before last, but I’ve well and truly caught up. Lamine Sonko (The African Intelligence / Public Opinion Afro Orchestra), Sensible J (Remi), N’fa Jones (1200 Techniques, House of Beige) and Nui Moon has teamed up to form Cool Out Sun and maaaaan, it’s hot! The Afro-Australian scene has been one of the most refreshing scenes to emerge out of Australia this decade and it feels well overdue. This track, Fire For, pumps with hectic percussion, slick beats and includes some raps from N’fa that are hot as hell. 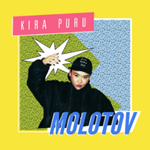 I love a bass-line that starts a song and that’s exactly what happens on this new track from the awesome Kira Puru. Molotov has an irresistible groove with lyrics that spit and a strut that is pushing Kira to the top. After supporting Vera Blue on her recent tour and releasing the hot track Tension last year (with over 1.3 million plays on Spotify), she has definitely attracted a swathe of new fans. Not only is her music making people turn heads, her photography being A grade and a pretty tidy DJ, her online swagger and truth-telling is worth the follow. 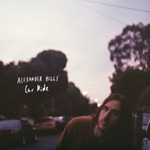 He’s an artist with a warmth of voice and a nuance of writing that is starting to propel him into the limelight. Melburnian, Alexander Biggs has followed up his debut 2017 EP with this new track, Car Ride, and it’s achingly beautiful. Produced by the ever-powerful Matt Neighbour (who’s worked with Cousin Tony’s, Matt Corby, The Avalanches and Missy Higgins to name a few), this track is sad and poignant and delivered with a heart-filled understatement that puts him in the realm of solo male artists like Josh Pyke and Vance Joy. As he prepares to hit the road with Amy Shark and E^st, there’s sure to be a lot more to come from Mr. Biggs. 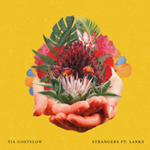 We head to Mackay in Queensland now for the brand newie from youngster Tia Gostelow who attended a writing camp and happened to team up with Lanks. What eventuated was this song, Strangers, a sweetly penned indie-pop track that highlights the voices of both of them. The duet they’ve delivered feels a little Angus and Julia Stoney, and that’s not a bad thing. As we wait for Tia’s debut album (at the age of 18!), spin this a few times and get lost in the swirling guitar sounds. 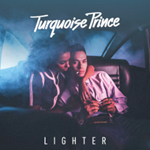 The boy from Canberra is stepping up. After a move to the big smoke, some top credits on Horrorshow’s last album and a huge supporting tour with Spit Syndicate around the country, Turquoise Prince (aka Teon Lolesio), is putting his singing chops to the fore of this new track, Lighter. Produced by Adit (Horrorshow), feel the cool af vibes in this track and when his voice kicks up a few tones before the second chorus you’ll get the tingles. Teon is a huge talent and as he starts to work his way into the biz, we are seeing more of the lyricism skills that he’s been hiding, not that we don’t love screaming “LTC, get it in yaaa” at his gigs. Keep ’em coming, young prince. 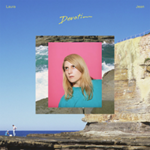 An album to wrap your ears around, just like a warm blanket in winter, came out last Friday; the fourth offering from Melburnian, Laura Jean. Devotion is a beautifully produced album and explores Laura’s coastal childhood, wrapping it in a ’80s feeling bubble of sound that feels comfortable and tender. Girls on the TV has a cruisy beach vibe to it. Laura Jean’s rich timbre to her voice keeps the it moving at a nice pace and it’s 6 minute length give you a chance to settle in. Her best album yet. 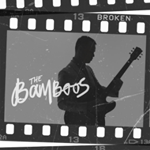 Combining the vibes and production of The Bamboos with the legendary lyricism of MC, Urthboy? Someone got their clever clogs on. This track, Broken, shows off why the Bamboos have been one of the most underrated bands in Australia. In an innovative move, they are releasing three versions of their new song, with J-LIVE (US), Tessy (Germany) and this one, with Australia’s own. The song itself is about resilience and strength in the face of adversity. Urthboy’s verses cover the story of a boy trying to find his way in a world of toxic masculinity, before the glorious voice of Kylie Auldist takes over. The Bamboos bring something new for their upcoming eighth album, Night Time People, and you know it will be good. 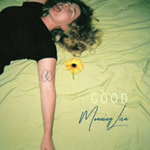 In week 6 of this year, I spruiked the talents of a little Canberra group, Moaning Lisa, and now they have followed it up with this track, Good. Just as the title suggests, it very much is. The harmonies of the four-piece stand out here. Reminiscent of some ’90s Breeders, but with a modern feel. They’ve just announced a deal with Hysterical Records, have been touring Australia with WAAX and there’s a sense that this will end up being a massive year for them. Love the guitar licks, the solo and the overall drive of the bass and drums. It bloody takes me right back. Sometimes it’s nice to go back. 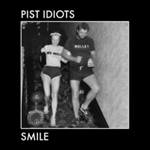 You sort of have to wonder why Pist Idiots went for the punny name instead of just spelling it right. After all, this is a band that that has a song called Fuck Off. In the style that is coming right back, Aussie-garage-rock; Adelaide have West Thebarton and Bad/Dreems, Revesby, in Sydney, has these blokes. It’s loose, it’s fun and it’s perfect live-music material. Really, that’s all we really need sometimes. Jack Sniff, the oft-nude lead vocalist, has the perfect screamy-yelly Aussie voice that you want for a frontman and they sing about everyday stuff. Love, mates and beer. Rock the fuck on. 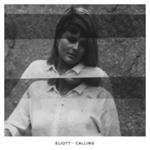 Let’s finish this set of ten with a quiet one. Eliott is a name that you will surely hear more of. In Calling, she strips it all back to sing-along with a piano, showcasing her voice as an imposing instrument. There’s some ‘Adele’-ness to her voice. Powerful, with some soul and relate-ability to the lyrics. She worked with Sydney producer Jack Grace on this one and as just her second single, there’s a huge base to build a career on. She is set to tour for the first time in July, including some supports with No Mono. Exciting times for a talented young artist.