We’re getting a bit deep this week, with some really intricate tunes that are being made. Music comes in so many forms, as we know, and I always try and listen to as many different genres as I can, which I can can be proven this week. Music gets made and released as such a rate of knots that it can be hard to keep up, and this week I found myself having to cull songs to keep it to just ten!

Extra songs are always plopped into the monthly playlists though and I have created a brand new May playlist to collect the latest stuff. On to this week Rad Mix! 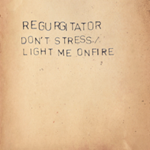 Truth time. If someone asks me who is my favourite Australian band of all time, I answer immediately. Regurgitator. Having grown up on their old stuff, it’s the new stuff that has kept me loving them. I’ve seen them live more times than I can remember and any release of new music is like Christmas. So here we are with a brand new Double A-side released at the same time as announcing a big Aussie tour. It’s just Christmas and Birthday together! As is their way, the band have released a split single, with one sung by Ben Ely (bass) and the other by Quan Yeomans (guitar). I’ve gone with Quan’s song because it’s an exciting return to the rap style that I have dug so much. Light Me on Fire is an ascerbic, rap-infused song in the style that only the Gurge can deliver. “I’m so confused, I don’t give a fuck any more”, raps Quan in his monotone. The lyrics look at society’s obsession with getting ahead, having more, and not caring who you step on on the way. 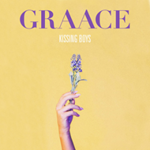 I was exposed to GRAACE when she sang on Hayden James’ huge 2017 track, NUMB. Then I saw her live, fronting the new tour for Flight Facilities and right on cue, she’s released her first debut track, Kissing Boys, and it’s a beautiful little ditty. A pure voice that feels like it’s just getting warmed up. I am looking forward to watching this career and this is certainly a great place to start. 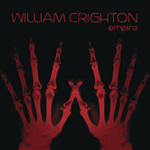 When Dave Faulkner announces that he’s heard the album of the year in May, you take notice. William Crighton is exciting, but not in your typically exciting way. It’s exciting, because you don’t quite know where his music is going. It builds, it grows and all the while his baritone delivery draws you in. The opening track of his second album, Fire In The Empire, is a perfect example. It draws you in to the album perfectly. Eerily dark to start, and then there’s sounds that flutter around your head before he explodes briefly with 30 seconds to go. Exciting, honest and fresh. 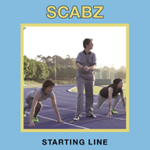 They are well-known in the inner-west of Sydney as ‘The Shittest Band in Newtown’, but Scabz are now ready to progress to becoming a national disgrace. Jokes aside, this all-female punk-rock trio have been working bloody hard at making cheeky, weird and fun music for many years. After playing local gigs furiously, it’s deserving to see them starting to break out around the country. Starting Line is probably one of their more serious songs. Maybe it’s what they needed to do, but you can trust that they’ll still be as cheeky as possible when they play a show. Oh, and dammit, this song has been recorded really bloody well. 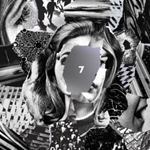 When a band can release their seventh album, actually highlight that fact by calling it 7 and then make something this amazing, you have to stand back and applaud. Beach House have never been a group to sit back and wait. They get in there and make music, as much as they can. As such, their music evolves. The dream-poppiness genre that they’ve carved out over the ten years has changed into something a bit darker and a bit more tangible. The opening of Black Car infiltrates the left side of your head immediately, slowly building to a burner of a track. Victoria Legrand and Alex Scally have called this album their “rebirth and rejuvenation” and it makes me excited for not only this release (out this Friday), but also the next 7. 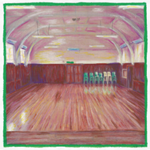 Nicole Gaffney and James Stuteley, also known as carb on carb step out of their home-town of Auckland, New Zealand to release a brand new album. As a new listener to their low-key, post-punk style, I was drawn in by their well-designed lyrics. “Blend in, but stand out/Be tough, but stay soft/Be one of the boys”. Man Says is a honestly delivered track that highlights the song-writing skills of the duo. Their second album, For Ages, released on Blackwire Records in Australia, snuggles in nicely with the growing tide of post-punk popping up around the country. 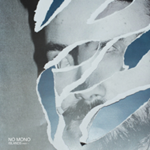 Big Scary. #1 Dads. No Mono. It’s a timeline that will, in time, prove to be one of the most successful lineages of music in Australia. Tom Iansek newest venture, along with Tom Snowdon is a beautifully crafted mix of electronica, percussion and vocal, four years in the making. Intuitively called No Mono for it’s pulsing, swaying sound, their debut album, Islands part 1, is an exploration in soundscapes. Beautifully constructed, piece my piece, interlocking to form a complete piece of musical art. Whilst it’s hard to find a stand-out track from a shiny sea, Tidal Fight is a perfect example of the delicate balance the pair are able to achieve. I implore you to listen on good headphones. 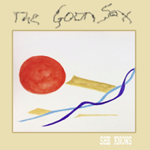 The Goon Sax bounced out of Brisbane a couple of years back with their debut, and now, just two years later, they re-emerge with She Knows. Another short and sweet track that proves that even simple well-constructed tracks can be awesome to listen to. Still young, still fresh, still excitingly real, the trio are still honing their craft, but the song-writing nous is already there. A second album before you’re 22 (they are aged between 19 and 21) is an exceptional effort and it’ll be great to see where they go with We’re Not Talking, out on the 14th of September. 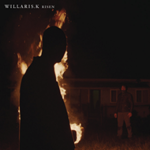 We were all taken by surprise with the outstanding debut track from Willaris K. in 2017. Alchemy was a exploration in electronica, with twists and turns that we didn’t expect. Jack McAllister downed tools as a tradie, picked up a synth and started making music that you’d expect from a seasoned veteran, not an early 20’s guy from the NSW North Coast. New track, Risen, is a dense, sensory-filled 7 and a half minute track that hits you in the cockles with it’s waves of sound before tickling you with breaths, piano and light. It’s another belter from an artist that is destined for stardom. 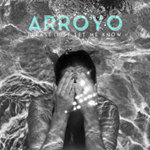 An Arroyo is a dry creek-bed that only fills in the wet months. It is also a new duo from the Gold Coast. Jay Bainbridge and Matt Bartlem has created Please Just Me Know, an intriguing piece of music, a strong beat, an acoustic guitar and synthy accompaniments combine into a darkish piece of indie-pop. An exciting debut from a pair with credentials alongside Jarryd James and Dead Letter Circus. One spontaneous studio session was enough to spurn this project, but you get the feeling it will be endure. A debut album with the same name is due out later this year.