A bit late to post this today, I was too busy recovering from the Commonwealth Games Closing Ceremony. Being in the crowd, we were treated to a little bit of a different experience than the TV audience and when it comes down to it, Katie Noonan assembled a fantastic mix of female artists to see out the first games where male and female medals were equal. 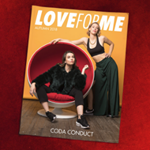 The female hip-hop duo of Coda Conduct have not been resting. Despite a quiet 2017 music-release-wise, the pair have been working hard on new material, not just in the recording studio, but also in the radio studio, hosting the hip-hop show on FBi and weekends on triple j. They’re back with a splash though. Love For Me is a bouncing, fun track that sees Sally and Erica taking a slight tangent into more melodic poppy rap, but still maintaining their rap roots with great rhymes and their also clever and just downright comedic lyrics. 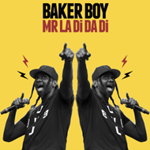 Baker Boy has been playing Mr La Di Da Di around his many shows over the last year, but it finally gets some polish and a release and it’s a  banger of a track. Yeah, the beat is a little bit ‘King Kunta-esque’, but it’s a boomer of a track and pushes the young Yolngu talent back into the spotlight before heading the Splendour in July. 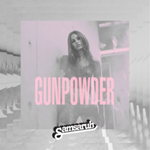 There is no lack of young talent in Australia as this playlist proves every week. Samsaruh should be front and centre of the next crop. With a couple of huge singles already under her belt, Gunpowder again showcases this Melburnian’s great pipes over a very powerful and bassy synthy beat. 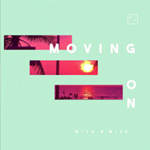 Pieter T (PT) is a smooth R&B singer from New Zealand and he’s created a smooth arse track here that provides the base for a rap from Sydney’s own smooth arse rapper, B Wise. It’s a match made in heaven on this track, Moving On. There’s shades of the ’90s in everything that PT does and if that vibe makes you dance like a dick, then you’ll love this track! 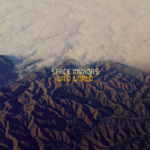 Space Invadas have created an album that the Avalanches wish they had. Producers, Katalyst and Steve Spacek have released their second album, Wild World, last week and have teamed up with some excellent vocalists including this track, Woman in Charge, with Natalie Slade. Samples punctuate this track as it does throughout the whole excellent album. Old meets new in a perfect amalgamation 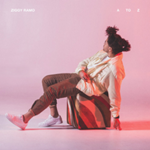 Ziggy Ramo wowed the Australian music scene last year at BIGSOUND and now he’s backing that up with a brand new track, A to Z. He’s taking time out from some heavy-hitting lyrics in his past tracks make a dancey love song. The bass bounces with schmick production from JCAL, Ramo’s voice pops over the top and it combines to a sweet little tune. Also heading to Splendour this year, you’ve gotta see him on the stage. 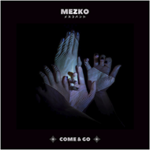 Mezko are Kat Harley and Laura Bailey and they’re not afraid to get dark, dirty and retro with their new track Come & Go. There’s a feel of electronica post-punk meets industrial here. The dank bass and snare really amp up the rhythm. 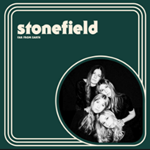 Stonefield, since signing with King Gizz’s Flightless Records are taking the psychedelic, stirring it with classic rock and creating something powerful. Their brand album, Far From Earth, is out now and this cut, Visions, is one of the best. Love the driving bass on this track, and whilst the vocals are pretty under-stated from Amy Findlay on this one, it suits the prog-rock vibe. 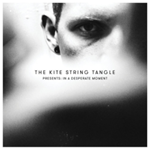 There seems to be a recent trend of artists releasing albums yearly at the moment. (E.g. Spit Syndicate and Parquet Courts) and The Kite String Tangle, following his fantastic self-titled album of last year is back with this track and a mini-album, In A Desperate Moment. Daniel Harley has long expressed a yearning to explore more orchestral and atmospheric songs and this album is just that. The Heights of Trees is a beautiful teaser of what the album is about – sensual soundscapes and warm vocals. 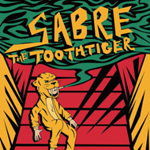 Sabre the Toothtiger is a third in a trio of stand-alone singles from this Sydney psych-junk foursome, WAWAWOW. The bouncing synth bass at the start sets the scene for a damn fun psychedelic trip with screaming vocals over distorted and feedback-tinged guitars before taking you on a keyboard trip to somewhere you’ve never been. Get down to the Townie in Newtown for their launch of this track on the 28th of April. It’s sure to go off like a Toothtiger in a mouse maze.