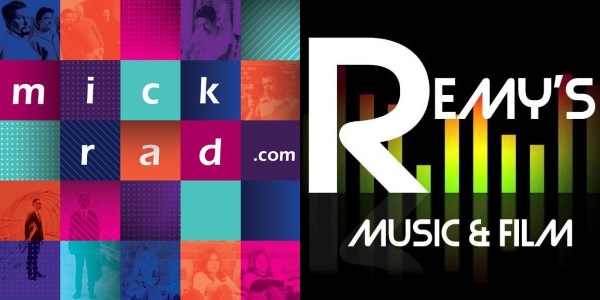 In some exciting news, I am going to be doing a monthly music swap with the fantastic Remy from Remy’s Film and Music blog in Dublin, Ireland. We have been admiring each other from afar for the last couple of years and we’ve finally turned talk into action with a music swap for October which will (hopefully) become a monthly occurance!

Remy’s October playlist of tunes (see below) is awesome and I’ve gone through and listened to them over the weekend. Here’s a little bit of a wrap of what I’ve enjoyed.

My hip-hop loving ear immediately caught on to Pink Beetle by Rejjie Snow. The ultra-cool downbeat vibe on this track is sublime. Produced by Rahki, international producer  with credits including Illy’s Swear Jar and Kendrick Lamar tracks, Pink Beetle launches Rejjie Snow as a hip-hop force to be reckoned with.

Rews are a Belfast/London duo that have produced a piece of power pop-rock in Miss You in the Dark. Reminiscent of Australian female group, Stonefield, these two have a great old-school rock vibe with punchy drums and sharp guitar sounds.

Getting a little more chilled is the new track from Dublin group, The Bedbuggz. Is Irish surf music a thing? It seems that this four-piece are setting the trend anyway on this track, titled simply Wet. I actually did go for a swim on the west coast of Ireland earlier this year and I can tell you it’s bloody cold, so the locals love. This song would fit right in to an Aussie summer as well.

Games Violet is something different. With some well-placed synth, some solid woodblock and airy vocals and a hell of a guitar solo, Tin Box is a delciously complex little tune. There’s a smattering of Prince in there too and it’s well worth a listen.

Also there are some quirky LA sounds from SWIMM, indie-synth sounds from Secret Cameras, Texan alt-rock from Thanks Light, a chunky exciting debut number from Harlea and Golden Suits and BAILE hail from Brooklyn and deliver two completely different but well-made tracks.

I’m looking forward to sharing some of Australia’s best new indie music with Remy and seeing what we get back each month!

Check out both Remy and my October playlists below!