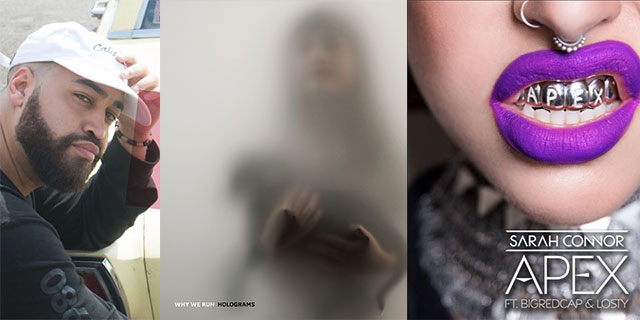 When I go through so much music in a week that I don’t always know what to feature or talk about, but this week has been easy.

Big things happened to three groups of good people and I will share those with you now.

Firstly, it was let slip last Thursday at Urthboy’s home-town show that there was a new member of the Elefant Traks fam. Another western Sydney bred rapper has joined the label that makes it a habit of signing, not only the peak of musical skill and talent, but people that make a difference to the world around them and are genuinely nice people.

B Wise is the latest signing and he’s an artist that I have been lucky enough to see live no less than five times in the last year and I can definitely see what the powers that be at ET see in him.

Can’t wait to see what comes from him over the coming year, and just as a surprise he treated us to a little freestyle, Took My Time (prod. by Khadisma), posted on his Soundcloud. This is just a small taster of what he is capable of and having done the hard yards over many years, it’s great to see him get the rewards.

Secondly, an album that I have been waiting for ever since I first heard them is the debut outing from Why We Run. ‘Comfortable Lie’ was released nearly 18 months ago and it seems that after two and half years the album has finally seen the light of day, and it’s worth the wait.

Holograms is an album that feels like it has had a lot of work put into it. The songs are structured so well with multiple layers, considered vocals and clever writing.

Listening to the album makes you want to float away. Close your eyes, imagine you’re soaring over a green field. There’s more than just texture and well placed notes to making good music. There’s that ability to make it transport the listener and that’s what this album does.

Check it out at any of these places or buy the CD! (old school recommended), enjoy their latest tune, Hallway, below and head along to their launch show at Plan B Small Club on Friday the 15th of July!

This is a pumping track. Connor has such a commanding presence in every track she releases and this opening verse she delivers sets the scene for a song that delivers what it promises from start to finish.

“…he or she who harm the most will always rise the highest..”

Sarah fires the single into orbit at a launch show at Plan B Small Club on Saturday the 16th of July as well as opening for Seth Sentry the night before at The Enmore!

Can’t wait to hear her upcoming EP, due out later this year.