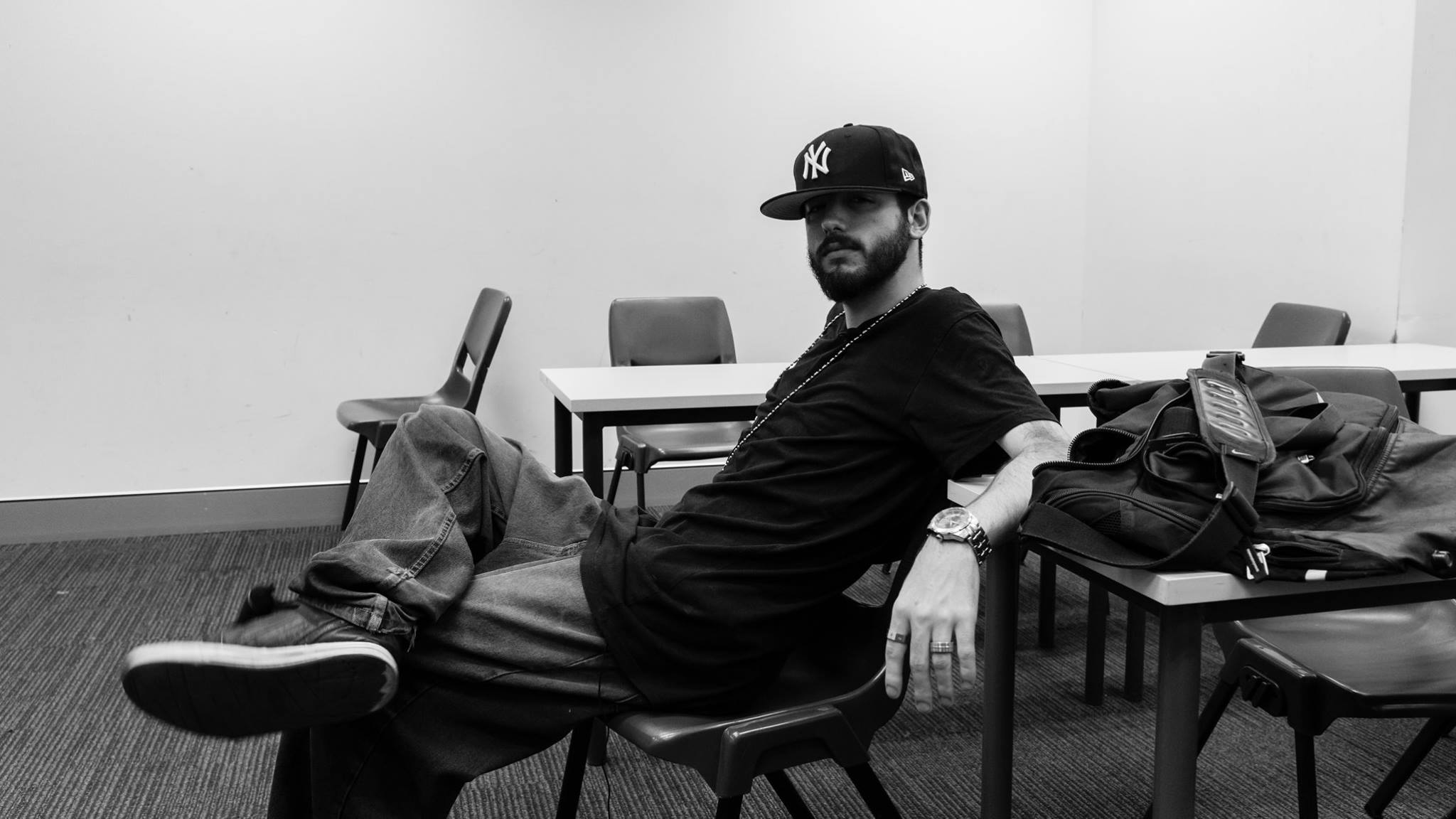 Hip-hop starts at the underground and that’s where we travel down to today. Mugzy Brady is working his way up and doing the hard yards in an industry that takes no prisoners, but will welcome you in when you do the time.

His music represents his voice and the personal nature of his sound is part of what makes hip-hop such a passionate genre.

I sent him some questions recently and he was kind enough to answer them….

Can you tell us a bit about your story? What is it about hip-hop that inspires you?

Well, my brother, who is 2 years younger then me, introduced me to Hip Hop music.

When we were kids he had all these burnt CDs of Artists such as Eminem, 50 Cent, Busta Rhymes even the likes of Bow Wow (haha) and they were on loop constantly playing daily throughout the house.

Fast forward to 2005, I think I was 14 at the time and Year 8 of High School, I use to get punked & bullied a lot which cause me to have suicidal depression.

Through-out that year I got myself an iPod and started listening to artists such as Eminem (Being a whiteboi myself) & his aggression/lyrics just gave me a voice to fight back like this voice in my head saying, “Don’t take no shit any more”.

When I was so attached with Eminem’s music, I then started listening to more artists such as Tupac, 50 Cent etc and they kinda developed me into a different person.

Cut a long story short from having those influences on my iPod and dropping down those rhymes in my work book its led me to release two albums (hopefully working on a 3rd), radio play, magazine and features worldwide, 12k fan base worldwide, acting roles, and best of all meet & greets with celebs/idols I thought I’d never meet in my life on this earth

What Inspires me about hip hop?

Well they all say Hip Hop is all about expressing yourself and in saying that I have never seen any other type of genre that does that. Pop, Rock, Country etc etc always stick to their sounding genres (if you get what I mean?) but hip-hop you can use it/blend it anyway possible

What do you write about mostly and do you ever write lyrics that you don’t want to share with the world?

My message mainly reaches out to people who just don’t give a fuck and don’t go by all these rules in life like ‘I gotta do this or I gotta wear this to be noticed/respected in life’. To me, I think that’s whack.

I give full respect/credit to people who be themselves and don’t act like a sheep, so yeah you can kinda say I’m being negative, but that’s my view on life & to my viewers.

You’re located on the central coast. What’s the scene like up there?

Lots of people up here love all genres of music and hip hop is a big one, but in saying that, they only just listen to it and the ones who claim they want to pursue it don’t put much time & energy into it (Not to sound hurtful or negative) i just tell it how i see it.

I’ve seen you list your influences as US legends like 50 Cent, Eminem and Tupac, but what about locally. Are they people in the local industry that you look up to?

Nah, not really. Like I wouldn’t say I look up to any Aussie artists because to me they just seem like average looking guys something about it just looks to blank/casual like something is missing.

For instance, if I type in Google Images an artist like Method Man the first thing that comes to my mind is, yep he’s a rapper. When I type in someone like All Day, I just think that’s a teenager I see skating around my neighbourhood. He’s not a rapper.

But that’s not to say I don’t like some of their music like on my iPod I have artists like Hilltop Hoods, Briggs, 1200 Techniques, Weapon X & Ken Hell in the list but they ain’t acts I can say I look up to or want to be like. Feel me?

You’ve worked with MMAD (Musicians Making a Difference) on a Christmas song in the past. They’re a great organisation. What do you think it is about music can can help people get through tough times?

When I was first starting off in my career I drove past their main office in Gosford and out the front they had all these hip hop posters I thought, “is this a indie label I can hand my music into?” So I went in and met Dom & Emma who run the company told them about my story and asked if this was a label?

They said they are a youth organisation that helps disadvantage teens through music and dance, so i did their ‘Sound Foundation’ course.

Few years down the road they saw that I’ve done a lot in my career from hustling everyday 24-7, so they asked if I can come in sometimes and help around with the teens (How could I say no to that?)

So yeah, I was helping out every now and then, sometimes still do too this day

Like when I’m there to help out I always get questions from the teenagers like, “Mugzy, I’ve seen you release two albums, how do I write a song?”. So I show them the tricks & trades which becomes very rewarding just changing that persons life.

Shout out to MMAD for doing their thing changing peoples lives.

What do you have coming up?

Yeah 2016 I want to get back into the studio ASAP and get this 3rd album happening. For this album I want it to be a two disc one because after the 2nd one was released I had a tonne of ideas, day after day going through my head just flooding in!

Also I’m in talks with getting some HUGE collabs on this album such as Solomon Childs, J-Wess,Masta Ace, Slo Down & RedMan. I’ve got them on FB/Twitter just have to hit them up to see if they’re down!

With beats for this 3rd release some are covers like instrumentals from other artists but when I put my own twist on it OMG its INSANE so I think this will be a 2 disc mix-tape, but we’ll see!