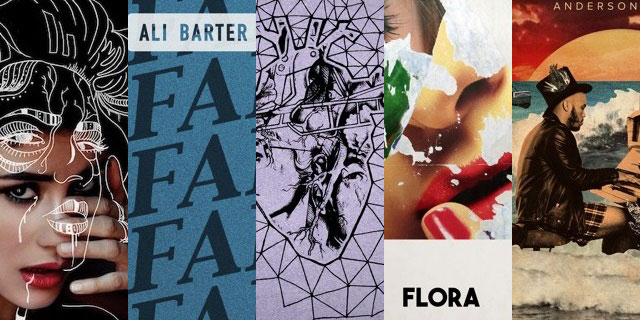 Montaigne – In The Dark

Leaps and bounds. That’s what Montaigne is taking the music world by. Her performance at the recent FBi SMAC’s will go down at one of the sets of the year and we’re still in January!

This new track pushes a new boundary for the youngster from Sydney. With the recent passing of David Bowie and a feeling that the musical landscape is a little bland at time, this track stands up, presents itself and says, “Look at me. I can be different..and really really good”.

Another fantastic female singer-songwriter that is making huge waves right now. I am looking forward to her set at Laneway Festival with huge anticipation particular after this latest song dropped last week.

I feel like Barter’s vibe has changed over the last year. There’s a rockiness to her sound that is really working out well. Hypercolour was one of my songs of 2015 and she’s kicked off 2016 in a huge way!

One of the most anticipated albums of 2016 has to be Urthboy’s fifth. The yet to be named album is to be announced next week but to whet our appetite, Urthy has dropped this tune featuring two oh-so-hot female stars right now.

recognisable drawl. (I mean that in a good way!) and then bounces back and forth between the distinctive voice of both females. It’s a sweet mix of a soul-like chorus and summer beats that makes this special let alone the lyrics linked by all three around looking back over generations. Listen!

Hot damn. This track dove into my ear-holes this week and bounced around like it belonged there. It’s a crazy little ditty from this UK three-piece pop act. I just love that little synth bit (listen to it, you’ll know what I mean). Drummers can mean anything now-a-days. They hit samples not just drums, so you can hear the effect that the multiple ‘drummers’ have in this tune. (they used to have three apparently)

Another buzz artist of 2016, and it’s not even February! Despite being around since 2011, Paak dropped this Malibu album earlier this month and it’s being played all over. Some great tunes on this album, but this first track is a stand-out for me.

The Bird has this off-beat bass line, mixed with some jazz keys and trumpet and it is continuing this recent trend of mingling jazz and hip-hop (think Kendrick). I ain’t complaining when tracks like this come out. Definitely an album to groove to.