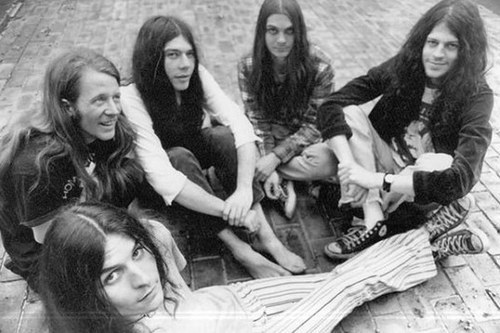 This is a late and retro Tuesday Tunesday today and it’s with a heavy heart that I pick this song.

Overnight we sadly learnt that the bass player, Jason Curley, from 90’s stoner band Tumbleweed passed away at his home. The 90’s were such a great time for music and it wasn’t just the Seattle scene that caught our ear.

The Aussie rock and grunge scene was amazing at the time. Tumbleweed were one of those bands that just nailed that psychedelic stoner rock that would become a staple of the late 90’s with other bands like Monster Magnet, Kyuss (and later QOTSA) and Fu Manchu. The first song I heard of theirs was Sundial and at the time it really related to me. Maybe it was the nature of the band, or the lyrics, but well, as you could guess, it was an impressionable time for me being 16 or so..

There were a number of bands that really made up 90’s Aussie rock. The great Canberran Sidewinder, Snout, Ammonia, Polyanna, Screamfeeder, Not From There, The Fauves and Automatic.

So, it’s a Throwback Tuesday Tunesday. Listen and marvel at the hair and the lair of Tumbleweed.