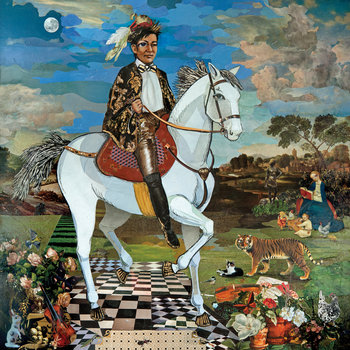 It’s the start of a new financial year, so what better excuse to start a new weekly series.

Tuesday Tunesday will be my attempt at sharing my favourite song of the week.

If you know me, you’ll know I have eclectic tastes and they only seem to be getting more varied as I get older. I actually find it hard to keep up with new music sometimes. It just never stops, which is a great thing, but also a bit overwhelming.

In any case, here is the first Tuesday Tunesday.

I bring you Kishi Bashi!

Who, I hear you saying? Yes, 2 weeks ago I would have said the same thing, but since then he has been featured on Double J and I will be seeing him live tonight!

Starting as a violin virtuoso, he has stepped into the ‘light’ and released an album called Lighght which is sort of a cross between The Shins and ELO. He sings, he plays many instruments and can now add ‘indie pop’ to his resume.

It’s a sweet album and this song stood out for me as soon as I listened through it.

Take a listen and then check out my review on TheMusic.com.au over the coming week!